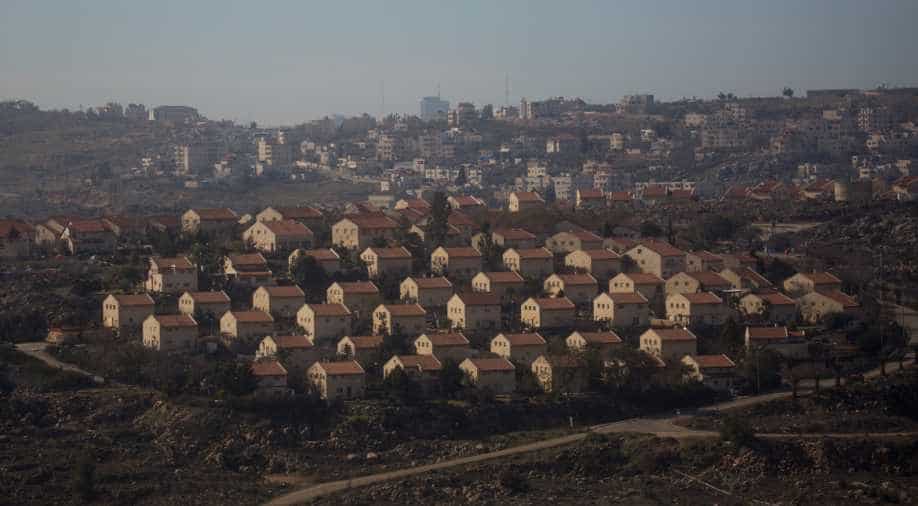 Houses part of an Israeli settlement are seen in front of an Arab town on January 16, 2017 in Amona, West Bank. Photograph:( Getty )

Israel's parliament has finalised a controversial law that will legalise Jewish houses built on West Bank, a tract of land belonging to Palestine, a move that endangers possibility of peace in the area.

The bill, if approved by the supreme court, will legalise more than 3,800 homes that are already built there.

Far-right Jewish Home's Bezalel Smotrich, who was frontlining the need for the legislation of Jewish outposts on Palestinian land, thanked the United States and the Donald Trump administration for putting their weight behind their cause.

Unlike previous US governments, the current administration had said new settlements would not hinder the peace process in the region.

Emboldened by Trump's victory last year, Israel has announced more than 6,000 new homes in the West Bank and east Jerusalem, a development that has raised the hackles among the Palestinians.

On Monday, the new law was passed by 60 members of parliament to 52 against.

But there are detractors of the new legislation, with the opposition leader and Labour chief Isaac Herzog dubbing it as a "despicable law" and against "Israel's interests".

The UN also weighed in on the subject, fearing that the new law would scythe any prospetcs of settling the decades-long conflagration in the region.

However, the bill could still be struck down by the country's top court. Israel's defence minister Avigdor Lieberman said the chance of it being scrapped by the country's supreme court was "100 percent."

Its defenders argue the bill will allow settlers to live without fear of being driven from their homes -- many of which they have lived in for years.

Last week, the few hundred residents of the Amona outpost in the West Bank were evicted after the Supreme Court ruled their homes were built on private Palestinian land.

The lengthy Amona saga -- including the evictions broadcast live on Israeli television -- directly inspired the bill.

Demolitions and removal of the buildings there began on Monday.

The new law will allow Israel to legally seize Palestinian private land on which Israelis built without knowing it was private property or because the state allowed them to do so.

Palestinian owners will be compensated financially or with other land.

The Palestine Liberation Organisation slammed the new legislation, saying: "The Israeli government’s will to destroy any chances for a political solution."

The PLO further said in a statement, stressing that the "Israeli settlement enterprise negates peace and the possibility of the two-state solution."