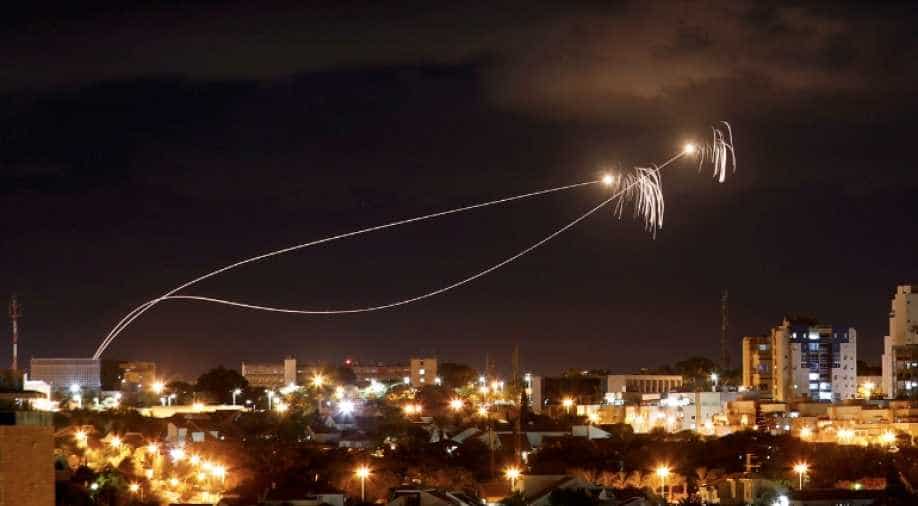 Dozens of rockets were fired into southern Israel and Israel also threatened to retaliate whatever it chose.

The Israeli army on Saturday accused the Syrian government and Iran of ordering Palestinian militants in Gaza.

Dozens of rockets were fired into southern Israel and Israel also threatened to retaliate whatever it chose.

"The rockets that were launched against Israel... we know that the orders, incentives were given from Damascus with the clear involvement of the Iranian Revolutionary Guards' Quds Force," Israeli army spokesman Lieutenant Colonel Jonathan Conricus told journalists, referring to the Guards' foreign operations unit.

The rockets were launched by Islamic Jihad, a Palestinian militant group. They said it had signed up to an Egyptian-brokered truce with Israel to cease hostilities, though there was no Israeli confirmation.

At least 39 rockets have been fired since late Friday killing six people on the Gaza-Israel border, with 17 of them intercepted by air defences and the rest hitting open ground, the army said.