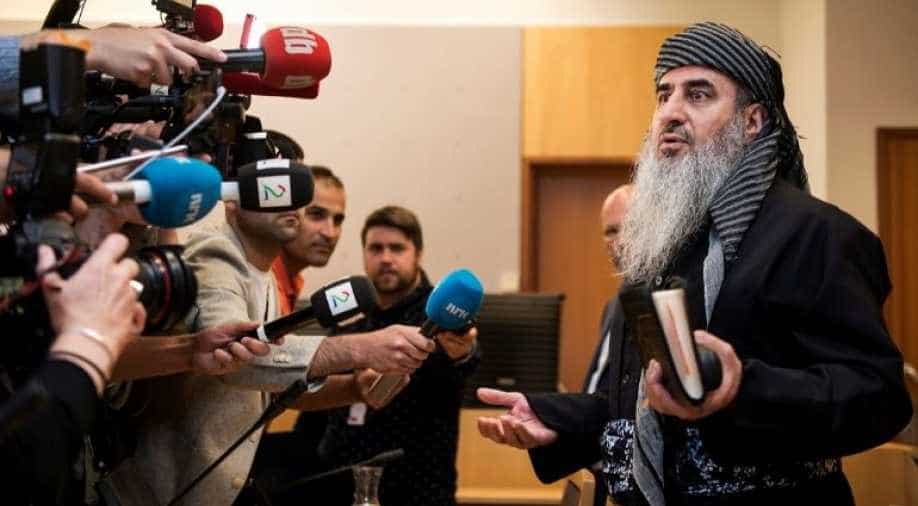 Mullah Krekar speaks in front of the media during a court meeting at Oslo District Court, Norway Photograph:( Reuters )

Najmuddin Faraj Ahmad, better known as Mullah Krekar, a former leader of the Ansar al-Islam militant group, won refugee status together with his family in Norway in the early 1990s.

An Iraqi Kurdish Islamist suspected of plotting attacks in Europe and the Middle East will be extradited from Norway to Italy, the Justice Ministry in Oslo said on Wednesday.

Najmuddin Faraj Ahmad, better known as Mullah Krekar, a former leader of the Ansar al-Islam militant group, won refugee status together with his family in Norway in the early 1990s.

In 2015, Italian authorities said that at least 15 suspected members of a militant group including Krekar had been arrested in six European countries on suspicion of planning attacks.

Krekar failed to avert extradition in the Norwegian courts, and the Justice Ministry on Wednesday gave its approval.

An appeal to the full cabinet is possible, but on past evidence is unlikely to succeed.

Krekar has been arrested several times during his years in Norway, once for threats against Prime Minister Erna Solberg.

Though deemed a threat to Norway's national security, Krekar was not deported back to Iraq because authorities there could not vouch for his safety.

At the time of his arrest in 2015, Krekar had already served an 18-month sentence for making death threats against a Kurdish man and giving an interview in which he encouraged other people to commit criminal acts.

Krekar's publicly appointed lawyer has said he will ask the European Court of Human Rights to intervene in the case.