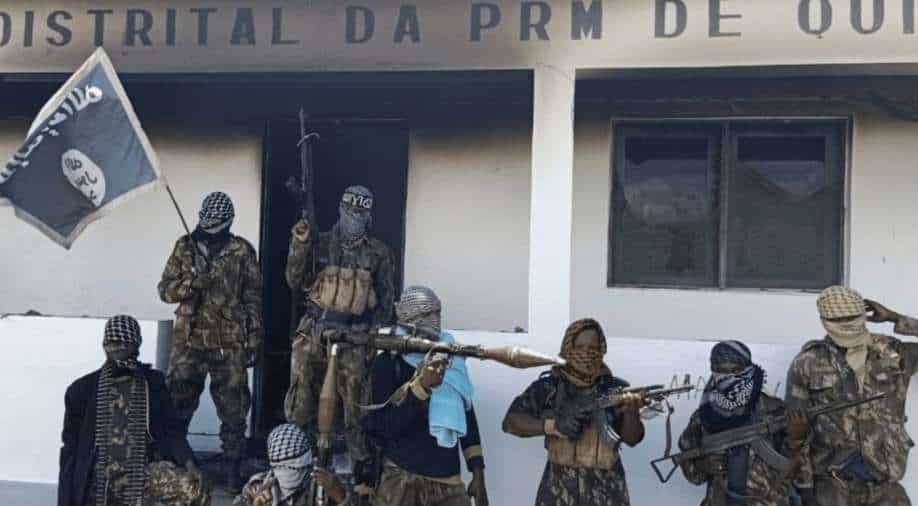 The government confirmed on Sunday that dozens of people had died, including seven when their convoy of cars was ambushed during an escape attempt

Islamic State said on Monday its fighters had carried out an attack on the northern Mozambique town of Palma, where dozens were killed, thousands displaced and some remain missing.

Islamist insurgents hit the town, adjacent to gas projects worth $60 billion, with a three-pronged attack on Wednesday. Fighting continued on Monday, according to a security source directly involved in efforts to secure the town.

The government confirmed on Sunday that dozens of people had died, including seven when their convoy of cars was ambushed during an escape attempt.

Islamic State claimed the attack via its Amaq news agency, saying its fighters had taken control of the town after days of clashes with security forces.

They had killed at least 55 people, including a number of soldiers, destroyed and taken control of buildings including factories and banks, and seized vehicles, it said.

Reuters could not independently verify the claims. Most communications to Palma have been down since Wednesday.

Officials at Mozambique's defence ministry and its national police could not be reached for comment by phone on Monday and did not immediately reply to text messages.

The country's northernmost province of Cabo Delgado, where Palma is located on the border with Tanzania, has been home since 2017 to a simmering Islamist insurgency now linked to Islamic State.

The total number of dead or missing following the attack remains unclear. Tens of thousands of people may have fled, according to three aid workers.

Nick Alexander, a British-South African contractor, was in a convoy of vehicles attempting to escape a besieged hotel on Friday, his daughter Jayde, who lives in Johannesburg, told Reuters via WhatsApp.

He spent two nights crawling in the bush after the ambush before being rescued, she said, adding that he had grabbed a machine gun from a military vehicle for protection only to find it did not work.

"He is alive and well and on his way home," she said.

Many people fled to the beach in hopes of being rescued, another security source in touch with government-allied forces said. A variety of boats were taking them to the provincial capital, Pemba, about 150 miles (240 km) to the south, an aid worker said.

Relatives of the missing waited anxiously at Pemba's port, hoping to hear news of their family members.

"I have had no contact with my family since Wednesday, my wife, my sons, my mother, my brothers," Pemba resident Patricio Amade told Portugal's state news agency Lusa.

Lusa also reported on Monday that hundreds of people who fled Palma had arrived at the border with Tanzania after walking through the bush for days to get to safety.

Tanzania's police told Reuters they had not so far seen people seeking to enter their territory from Mozambique.

At least one South African was among those killed. Britain's The Times newspaper reported that a British national had died.

French energy group Total said on Saturday it was calling off a planned resumption of construction at its $20 billion development outside Palma following the attack and would reduce its workforce to a "strict minimum".

The company pulled out the majority of its workforce in January due to security issues.