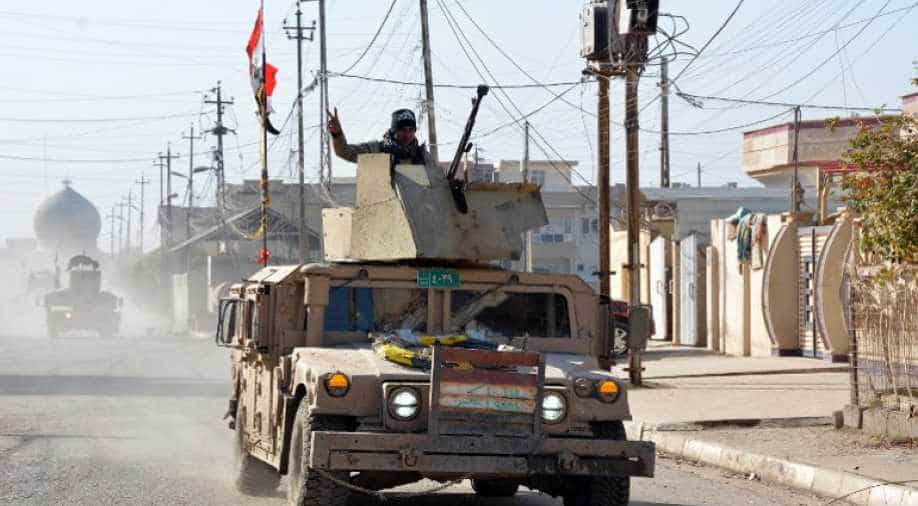 Iraqi forces made new advances against Islamic State in eastern Mosul and fought the militants in areas near the Tigris river on Wednesday, military officials said, keeping up the momentum of a renewed offensive in the jihadists' last major Iraqi stronghold.

Elite troops have pushed into several neighbourhoods in the east and northeast of the city in the past few days as they tried to reach the Tigris River bisecting Mosul before launching an offensive on the west, all of which the militants still hold.

The counter-terrorism service (CTS) were advancing into the northeastern Sadeeq and 7th Nissan districts, according to a senior commander on the ground.

A Reuters reporter in eastern Mosul saw CTS forces fighting Islamic State militants in Sadeeq, firing towards Mosul University and into the adjacent Hadba area, which army units advancing from the north had breached a day earlier.

The forces are expected to meet somewhere in between.

"Operations are ongoing and this district will be liberated very shortly, God willing," Lieutenant General Abdelwahab al-Saadi told Reuters on the front line in Sadeeq, one block from the strategically important university complex.

Tank shells, machine gun fire and air strikes from a US-led coalition backing the Iraqis targeted Islamic State gunmen holed up in a handful of buildings nearby. The militants detonated several car bombs and returned gunfire.

During their attack, Iraqi soldiers repeatedly diverted their attention to the sky to fire their machine guns at white commercial drones circling at a few hundred metres in the air.

They were unable to down the aircraft, which Islamic State uses for reconnaissance, to record its suicide attacks and to drop grenades behind its enemy's lines.

Securing Hadba, Sadeeq and other nearby districts would allow the CTS to advance further towards the Tigris, control of whose eastern bank will be crucial to launching attacks on western Mosul.

Lise Grande, UN humanitarian coordinator for Iraq, said on Wednesday there were still some 750,000 people trapped in western Mosul. In the east, she said there were some 450,000 people, of which 400,000 were in areas recaptured by Iraqi forces.

She said the operation to retake the western part of the city could get underway in late February or March and that the United Nations was preparing for a possible siege or mass exodus of civilians from the area.

"Siege is a very real possibility. We don't know if that will happen, but we're worried that it might," she told reporters in New York via video conference, adding that the United Nations was working to try and pre-position aid supplies.

Near Sadeeq and 7th Nissan, in the Sukkar district, a plume of white smoke rose from the site of an Islamic State suicide bomb on Wednesday morning, while charred limbs and car parts from an earlier explosion were scattered along a carriageway.

Some residents streamed out of areas where clashes took place, waving white flags and towing suitcases behind them.

But many civilians have stayed in their homes, watching the military's advance from behind curtains and locked doors before walking out cautiously to greet soldiers and offer them tea.

Grande said Islamic State militants were still using civilians as human shields and also targeting civilians, who she said account for half the casualties in Mosul.

CTS forces also clashed with the militants further south, a military statement said, seeking to build on gains along that part of the river bank, which they reached last week for the first time in the nearly three-month campaign.

Troops from the rapid response division, an elite Interior Ministry unit, with the backing of coalition air strikes, also battled in the Sumer district in the south where they have faced fierce resistance since they entered it this week.

The US-backed offensive to drive Islamic State out of Mosul involves a 100,000-strong force of Iraqi troops, Kurdish fighters and Shi'ite militias.

Colonel Brett Sylvia told reporters at the Pentagon on Wednesday that Islamic State militants were using drones to drop munitions on Iraqi forces. He said the U.S.-led coalition had helped bring down almost a dozen Islamic State drones.

Masrour Barzani, head of the Kurdistan Regional Government's Security Council, said on Twitter that Islamic State was "on the verge of collapse". His region's peshmerga forces are not fighting inside the city.

Islamic State's loss of Mosul would probably spell the end of the Iraqi part of its self-styled caliphate, which straddles Iraq and Syria, but the militants could pose a guerrilla threat in both countries and continue to plot attacks on the West.