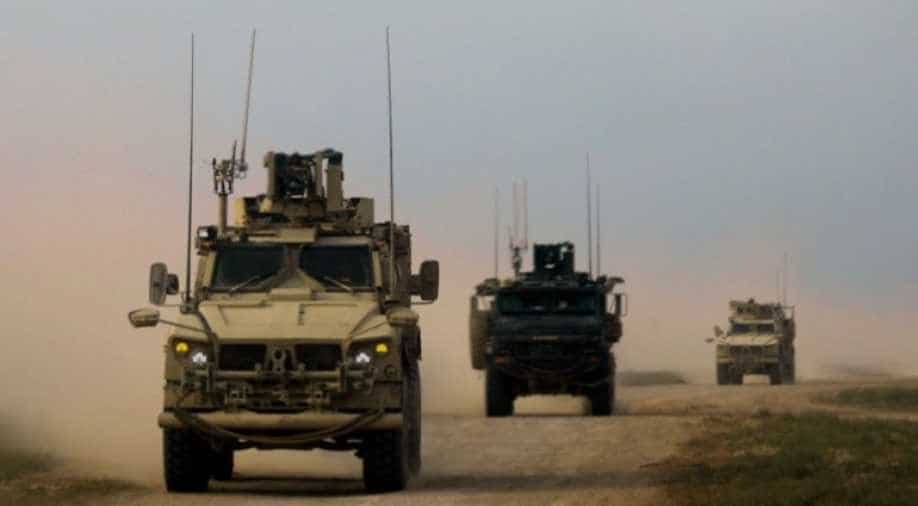 Military vehicles with the US-backed coalition against the Islamic State (IS) group. Photograph:( AFP )

The Syrian Democratic Forces (SDF) have detained 'a large number' of IS fighters 'of multiple nationalities, including more than 500 Iraqis', the security media office said in a statement.

The Syrian Democratic Forces (SDF) have detained "a large number" of IS fighters "of multiple nationalities, including more than 500 Iraqis", the security media office said in a statement.

"So far 280 (Iraqis) have been delivered," it added. Iraqi security forces on Thursday received the first batch of 130 Iraqi IS members, a military spokesman said, although a spokesman for the US-backed force denied the claims.

The transfers were set to "continue until they are completed", the statement added. Iraqi security forces had received a list of names to be checked against a database in coordination with the judiciary, which has issued warrants against jihadists.

Prime Minister Adel Abdel Mahdi said at his weekly press conference Tuesday that the country was monitoring the situation in eastern Syria with caution, as security forces fear IS remnants could sneak across the nearby Iraqi border.

Iraq declared victory against IS in December 2017 after ousting the jihadists from the swathes of Iraq they took in 2014. Backed by air strikes from a US-led coalition, the SDF have trapped the jihadists in less than half a square kilometre (a fifth of a square mile) in a hamlet in the Syrian desert.