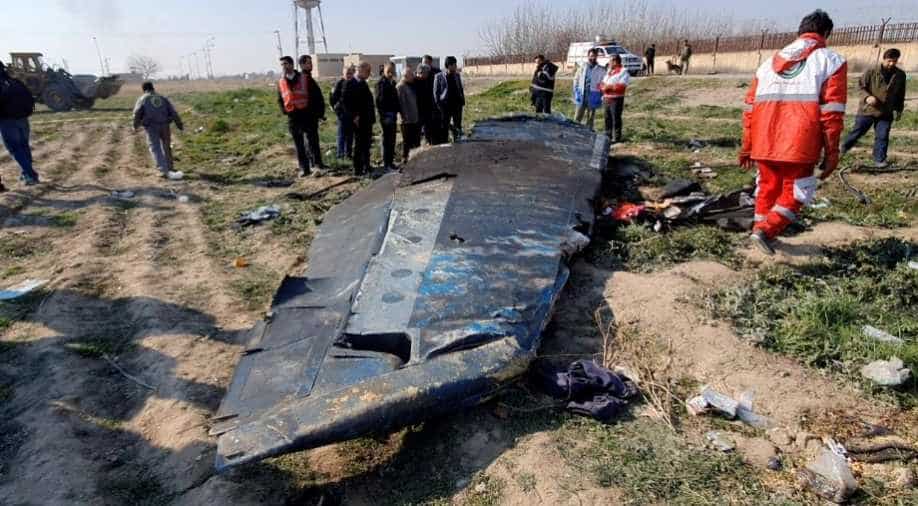 Many of the 176 who perished in the disaster were Iranians with dual citizenship, which is not recognized by Iran. Canada had 57 citizens on board.

The black box of a Ukrainian passenger plane accidentally shot down over Iran last month is damaged but Iran will not hand it over to another country despite pressure for access, top Iranian ministers said on Wednesday, according to state media.

Canadian Prime Minister Justin Trudeau said last week he had "impressed upon" Iranian Foreign Minister Mohammad Javad Zarif that a complete and independent investigation into the shooting down of the airliner had to be carried out.

Watch: Iran Foreign Minister lashes out at US, blames for Ukraine plane downing

Many of the 176 who perished in the disaster were Iranians with dual citizenship, which is not recognised by Iran. Canada had 57 citizens on board.

"If we are supposed to give the black box to others for them to read it in our place then this is something we will definitely not do," he said.

Defence Minister Amir Hatami said the flight data recording box had "sustained noticeable damage and the defence industry has been requested to help in reconstructing (it)."

"The reconstruction of the black box is supposed to take place first and then the reading," Hatami said.

All 176 passengers aboard the plane were killed when the Revolutionary Guards, Iran's most powerful military force, fired missiles at the plane after mistaking it for a hostile target.

Iran is in discussions with other countries, particularly Ukraine, about the investigation, foreign minister Zarif said.