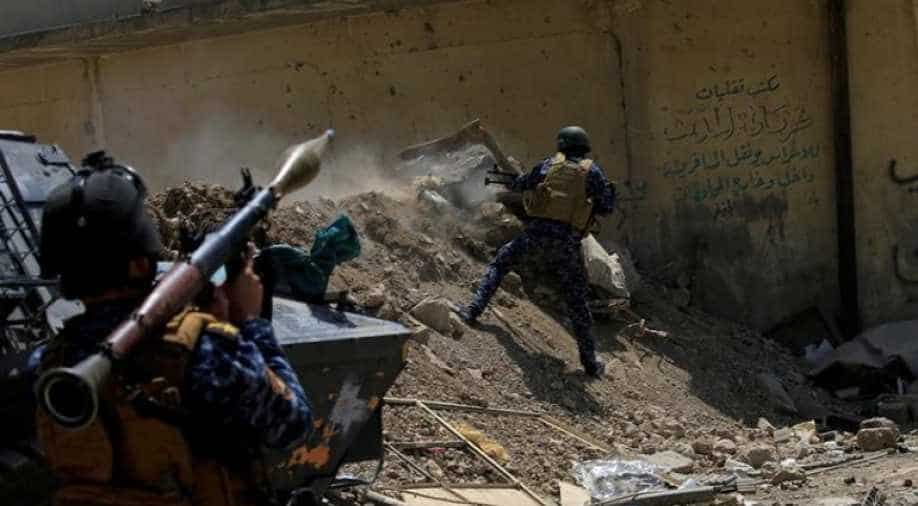 But the territory is connected with land held by US-backed Syrian Kurdish groups on the Syrian side, who are more focused on fighting IS than Assad||It is not known whether Syrian Kurds will let the Iraqi Shi'ite force use their territory to reach Assad's troops

An Iraqi Shi'ite force backed by Iran said it pushed Islamic State out of several villages on the border with Syria on Monday, potentially reopening a supply route to send Iranian weapons to President Bashar al-Assad.

The manoeuvre could also be the prelude to a connection with the Assad's Iranian-backed forces, although they are yet to reach the Iraqi border from the Syrian side.

Syrian rebel sources have warned of advances by the Syrian army and Iranian-backed militia to reach the border.

The territory taken by the Popular Mobilisation force on Monday is located north of the Islamic State-held town of Baaj.

For Popular Mobilisation, it is a step towards achieving a linkup with Assad forces, giving him a significant advantage in fighting the six-year rebellion against his rule.

But the territory is connected with land held by US-backed Syrian Kurdish groups on the Syrian side, who are more focused on fighting Islamic State than Assad.

It is not known whether the Syrian Kurds would allow the Iraqi Shi'ite force to use their territory to reach Assad's troops, deployed further south and further west.

In a statement on its website, Popular Mobilisation described its advance to the border with Syria as "a Ramadan miracle", referring to the Muslim fasting month which started over the weekend.

Popular Mobilisation is taking part in the US-backed Iraqi campaign to defeat Islamic State in the city of Mosul and the surrounding province of Nineveh.

Iraqi government armed forces are focusing their effort on dislodging insurgents from the city of Mosul, Islamic State's de-facto capital in Iraq.

While reporting nominally to Iraq's Shi'ite-led government, Popular Mobilisation has Iranian military advisers, one of whom died last week fighting near Baaj.

Iran has helped to train and organise thousands of Shi'ite militia fighters from Iraq, Afghanistan and Pakistan in the Syrian conflict. Fighters from Lebanon's Hezbollah are also working closely with Iranian military commanders in Syria.

Eight months into the Mosul campaign, Islamic State fighters have been dislodged from all of the city except an enclave by the western bank of the Tigris river.

Iraq's army on Saturday launched a new offensive to take the militants' enclave, which includes the densely populated Old City, amid concern over the fate of the civilians trapped there.

Government forces have been dropping leaflets over the districts telling families to flee, but many have remained out of fear of getting caught in the crossfire.

"We have been informed by authorities that the evacuation is not compulsory ... If civilians decide to stay ... they will be protected by Iraqi security forces," said Grande.

"People who choose to flee will be directed to safe routes. The location of these will change depending on which areas are under attack and dynamics on the battlefield," she added.

"The fighting is extremely intense," a government advisor told Reuters. "The presence of civilians means we have to be very cautious," he said, speaking on condition of anonymity, explaining the slow progress of the campaign.