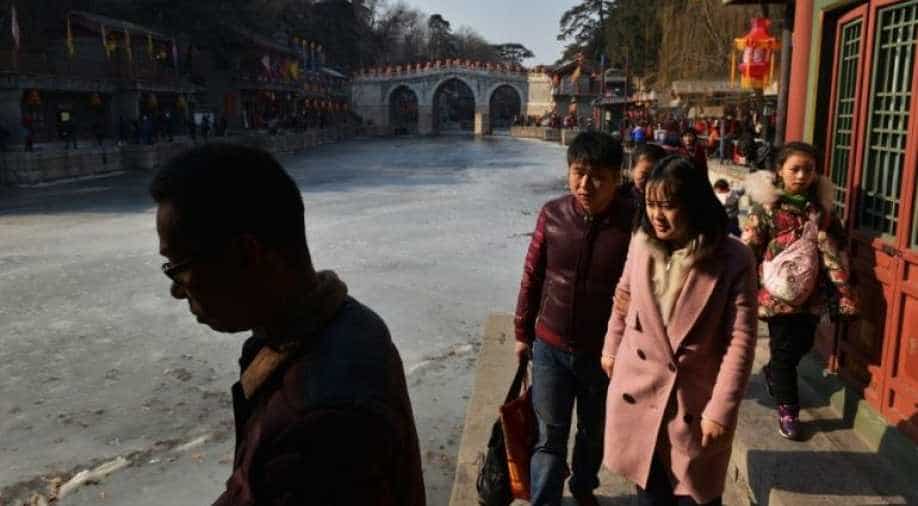 According to IRNA, some 52,000 Chinese tourists visited Iran during the 12 months to March.

Iran will no longer require Chinese visitors to obtain visas, state media reported Sunday, as the sanctions-hit country attempts to boost tourism in the face of an economic crisis.

He said the sector is "unsanctionable" and could help offset the economic hardships caused by tough sanctions Washington reinstated after withdrawing from a multilateral nuclear deal last year.

The sanctions have particularly targeted Iran's vital oil exports and international financial transactions, and were a major factor in the country's ongoing recession.

According to IRNA, some 52,000 Chinese tourists visited Iran during the 12 months to March.

In another bid to boost tourist arrivals, Iran recently announced it would no longer stamp visitors' passports, allowing them to bypass a US entry ban on travellers who have visited the Islamic Republic.

China is one of the remaining partners in the nuclear deal and has rejected the Trump administration's policy of seeking to cut Iranian oil exports to zero.

Tehran has threatened to abandon some of its commitments under the nuclear deal unless the remaining partners -- Britain, China, France, Germany and Russia -- help it circumvent US sanctions, especially on oil sales.