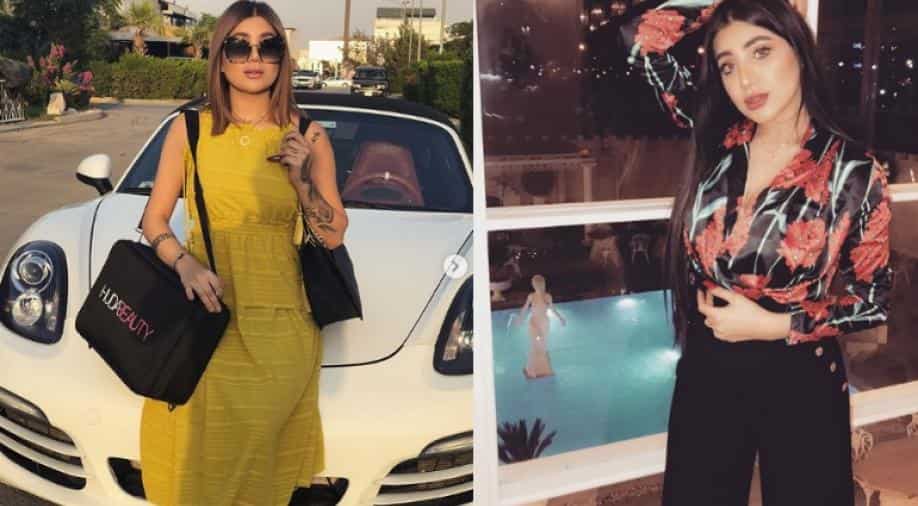 Fares, a fashionista with 2.7 million followers on Instagram was a victim of her fame and targeted because of her lifestyle, Twitter users wrote.

Iraqi model and Instagram starlet Tara Fares has been shot dead at the wheel of her Porsche convertible in central Baghdad, sending ripples through social media circles.

The interior ministry opened a probe into Thursday’s murder of the 22-year-old who suffered “three fatal bullet wounds” as she drove through the capital’s Camp Sarah district.

Fares, a fashionista with 2.7 million followers on Instagram for her pictures sporting tattoos, different hair colours and adventurous clothes, was a victim of her fame and targeted because of her lifestyle, Twitter users wrote.

She also posted publicly about a violent ex-husband and a fiance who died after being attacked in Istanbul.

But while Fares' fearless embrace of social media inspired many young Iraqis, it upset traditionalists. Fares was the target of a deluge of online insults over her perceived lack of modesty, in a society where many adhere to hardline interpretations of Islam.

It was this darker side of online platforms that forced the outspoken Fares to quit living in her native Baghdad and spend much of her time in comparatively liberal, secular Iraqi Kurdistan.

“I am beyond disappointed and hurt after hearing about another tragic loss in Iraq. Tara Fares, a model and social media influencer was gunned down in broad daylight in #Baghdad,” one said.

“A young Iraq model was simply enjoying & loving life like other pretty girls. Unfortunately she got shooted & killed by few militants. I am truly heart broken & saddened by such a tragic news,” another wrote.

“This Thursday it was Tara… Next Thursday, who will it be?” a third tweeted.

Ahmad al-Basheer, an Iraqi satirist who lives in exile in Jordan after having faced death threats, condemned the murder of Fares, who was based in Iraqi Kurdistan and rarely travelled to her native Baghdad.

“Anyone who finds excuses for those who kill a girl just because she had decided to live like most other girls on the planet is an accomplice to her murder,” he wrote.