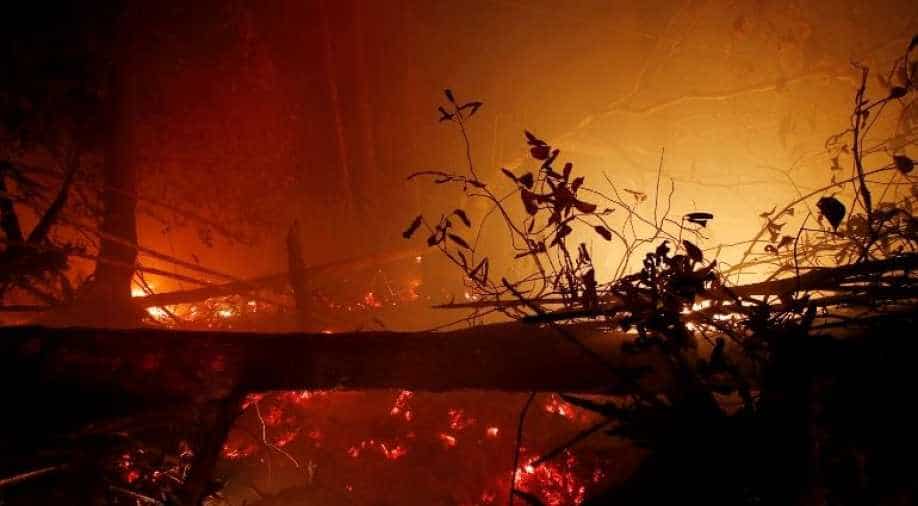 The Indonesian fires have been blamed for increasing greenhouse gas emissions and deforestation that can endanger wildlife such as orangutans.

Fires in Indonesia that spread a smoky haze over Southeast Asia this year burned at least 1.6 million hectares of mostly degraded land and carbon-rich peatlands, data from a respected research group showed on Monday.

Southeast Asia has suffered for years from smoke caused by fires in Indonesia, raising health and environmental concerns, but this year's were the worst since 2015 when 2.6 million hectares were burned.

Slash-and-burn clearing by some palm oil growers is often blamed for the fires, which can then spread rapidly, especially during dry weather.

The Indonesian fires have been blamed for increasing greenhouse gas emissions and deforestation that can endanger wildlife such as orangutans.

Jakarta-based Center for International Forestry Research (CIFOR) said its analysis of satellite imagery from the first ten months of the year showed much of the fires was in lands cleared years ago.

"We found that 76 per cent of burning occurred on idle lands. Those lands were forests a few years ago, but cycles of repeated burns have converted them to unproductive degraded scrublands," CIFOR scientists led by David Gaveau said in a statement.

About 3 per cent of the fires occurred on oil palm plantations.

Peatlands accounted for 41 per cent of the total land burned, or 670,000 hectares, in Indonesia this year, the CIFOR data showed.

The scientists estimated around 60,000 hectares of rainforests were burnt this year as of October.

The Jambi and West Kalimantan provinces, which are important habitats for tigers and orangutans, saw some of the highest number of fires, they said.

Their 1.6 million hectare estimate of burnt land is based on an analysis across seven provinces.

Indonesia's environment and forestry ministry did not immediately respond to a request for comment on the CIFOR data. But an official had said earlier this year that 857,756 hectares of land burnt as of end-September.