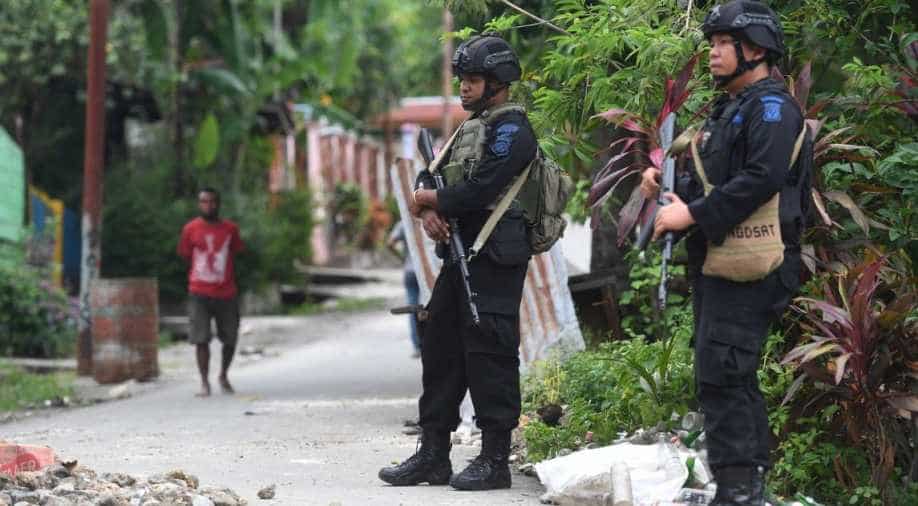 About 6,000 police and military personnel have been flown in to Papua, reinforcing a heavy military presence in a region that has endured decades of mostly low-level separatist conflict.

Indonesia has partially lifted an internet blackout imposed following civil unrest in the country's easternmost region of Papua, but is yet to restore access in areas where the most violent protests erupted, a government statement said.

The region of Papua has suffered the most serious civil unrest in years since mid-August over perceived racial and ethnic discrimination. Some protesters have also demanded an independence referendum, something Jakarta has ruled out.

About 6,000 police and military personnel have been flown in to Papua, reinforcing a heavy military presence in a region that has endured decades of mostly low-level separatist conflict.

Late on Wednesday, the communications ministry said in a statement it had restored internet and data access for most parts of Papua except for certain places, where it would continue to monitor the situation in coming days.

The decision was taken because the security situation in those areas had "normalised" while "the spread of hoax information, lies, expressions of hatred, provocations related to Papuan issues, had begun to decline," it said in a statement.

The shutdown also continued in some rural towns, including Deiyai, where some civilians were killed during a clash between security forces and protesters last week.

Authorities and activists have given different accounts on the incident and the internet blackout has made verifying information difficult.

Indonesian authorities have accused Benny Wenda, the chairman of the United Liberation Movement for West Papua, a separatist group, of orchestrating the unrest in Papua.

Wenda, who resides in Britain, was quoted in media as saying the Indonesian government should focus on resolving the Papuan issue rather than making accusations against him.

Police have also named a prominent human rights lawyer and activist Veronica Koman a suspect in connection with her Twitter posts about an incident that triggered the unrest.

The protests followed racist slurs against Papuan students, whose dormitory was tear-gassed during their detention in the city of Surabaya on Java island on Aug17, Indonesia's Independence Day, for allegedly desecrating a national flag.

Several Papuan students in Jakarta, who were accused of treason for their protests, have been arrested.

Police have also identified two people suspected of hate speech from the Surabaya incident, who were in a crowd that mobbed the Papuan student dormitory. Two military personnel are also being investigated for their involvement in the incident, while three others have been suspended.

Papua and West Papua provinces, the resource-rich western part of the island of New Guinea, were a Dutch colony that was incorporated into Indonesia after a widely criticised UN-backed referendum in 1969.