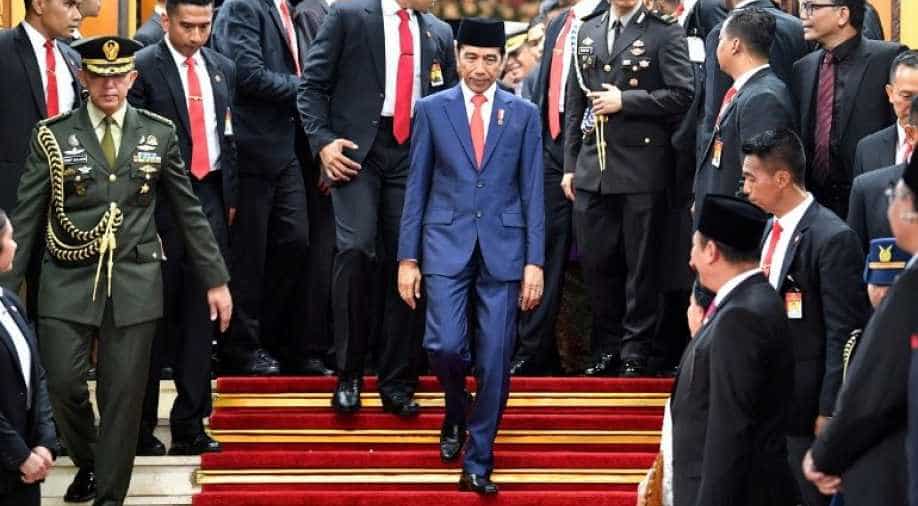 Shortly after the bill was passed, Widodo had said he would consider replacing it by issuing a presidential regulation in lieu of a law.

Indonesian President Joko Widodo said on Friday he had no plan to revoke a new law that critics fear could curb the powers of the country's anti-corruption agency and that has triggered nationwide demonstrations.

Passed into law in September, the revised 2002 bill governing the Corruption Eradication Commission, known by its Indonesian initials, KPK, means the agency will be overseen by a committee and no longer able to independently wiretap suspects.

Concerns over the bill that presides over the KPK has sparked nationwide protests for the past two months, during which there have been five deaths and scores injured.

Shortly after the bill was passed, Widodo had said he would consider replacing it by issuing a presidential regulation in lieu of a law.

But on Friday he told reporters he would press on with selecting members for the committee and also let the Constitutional Court decide upon a judicial review which was filed by students in the hope that the bill is dropped.

"Since the judicial review process is ongoing don't let there be a compounding legal decision," he told a meeting of reporters that was broadcast on television.

Widodo said he was currently selecting members for the overseeing committee for the KPK, with their inauguration set in December.

"We will choose those with the best credibility," he told reporters.

Mahfud MD, Indonesia's security minister, also said in an interview with the Kompas TV station that he understood Widodo would not issue the regulation "because it has entered the judicial review process".

Critics of the new bill have also raised concerns about the makeup of the KPK’s new board of commissioners. Firli Bahuri, a police inspector general, will be inaugurated in December as the agency's chief. He has been accused of ethical violations during a previous attachment at the KPK, which he denies.

The KPK has prosecuted hundreds of politicians, officials and businessmen since its formation in 2002, becoming one of the country’s most respected agencies.

Adnan Topan Husodo, the coordinator of Indonesia Corruption Watch, accused Widodo of backtracking on pledges to support the fight against corruption.

"It has stopped being all about corruption eradication, and being more about politics," he said.