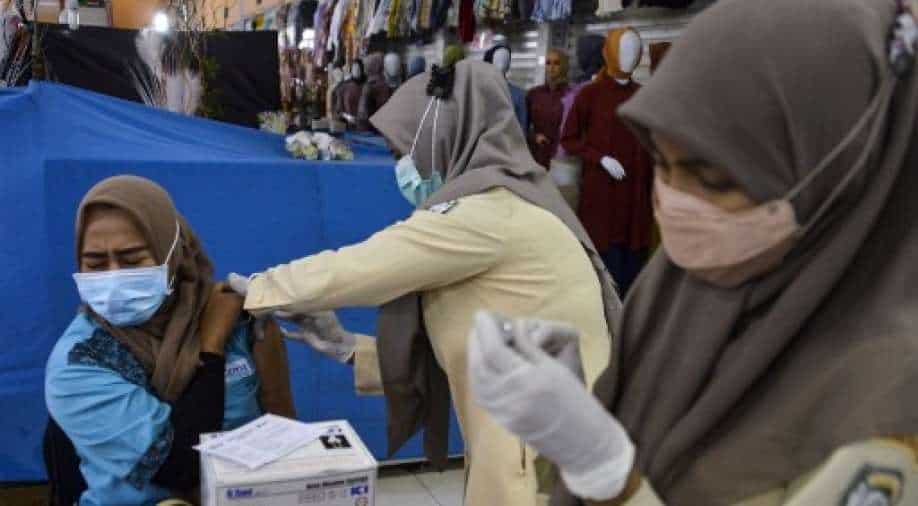 Several hospitals are running at overcapacity as the country reported more than 20,000 COVID-19 cases.

According to the Red Cross, Indonesia is facing a pandemic "catastrophe" with hospitals choked as it battles the Delta variant.

Several hospitals are running at overcapacity as the country reported more than 20,000 COVID-19 cases. On Sunday the country had reported over 20,000 cases with 2.1 million people infected with the virus since last year and 57,138 fatalities.

Reports said capital Jakarta has been hit the hardest with the virus including regions in west and central Java with the vaccination drive currently underway proceeding at a slow pace.

Indonesia has reportedly vaccinated just five per cent of the population in a country 181.5 million people.

Indonesians have been vying for oxygen cylinders amid a surge in cases in Jakarta with prices skyrocketing, reports say.

The country has been using China's Sinovac and Sinopharm vaccine including AstraZeneca but it has been slow in its vaccine campaign as the economy shrank for the fourth consecutive quarter due to the pandemic.

Indonesia has become one of the worst-hit nations in Asia with the virus taking a toll on the economy as it contracted 0.96 per cent. Indonesia had entered into a recession last year for the first time since the 1998 Asian financial crisis.

Officials had said earlier this month that the new wave is likely to peak in early July with citizens holidaying during Eid al-Fitr.

Health minister Budi Gunadi Sadikin had warned that the Delta variant was now "dominant" in Jakarta and other parts of Java. In Kudus, central Java, 90 per cent of hospitals were full, according to the country's COVID-19 task force.

The infection rates have jumped this month from 10,000 new COVID-19 cases to over 20,000 cases with low rates of testing compounding the issue.