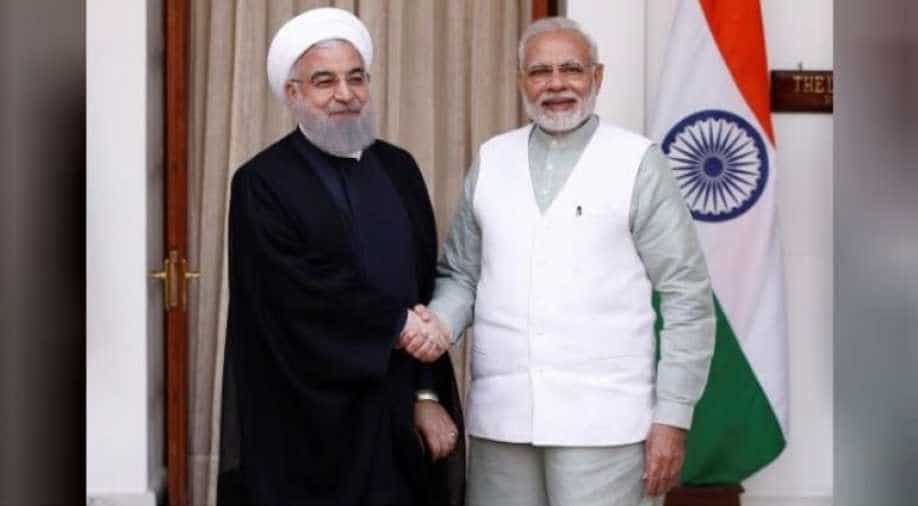 India’s unhindered engagement with Iran can be a mitigating factor for India and US in reaching out to West Asia and CAR.

•India’s unhindered engagement with Iran can be a mitigating factor for India and US in reaching out to West Asia and CAR.

The news about China-Iran strategic partnership resulting in many deals adding to $400bn and consequential influence over Iran, has once again brought to focus, the strategic dilemma of India, which existed when it reduced import of oil from Iran to avoid sanctions due to Countering America's Adversaries Through Sanctions Act, (CAATSA) from US. The geopolitical and strategic situation from that time has changed significantly but it remains a question, whether the cons of the decision have overplayed the pros or otherwise and where does India go from here in engaging Iran to pursue its strategic and economic interest?

India enjoyed excellent relations with US as well as Iran when Joint Comprehensive Plan of Action (JCPoA) of 2015 (commonly known as the Iran Nuclear Deal) in place, It was known that Republicans were against the Iran deal; hence in 2018, President Trump decided to unilaterally withdraw from that deal, despite opposition from European allies, without an alternate arrangement in place.

India was not part of the deal, but the sanctions re-imposed by US on Iran impacted its commercial dealings with Iran adversely. Iran was the third largest supplier of crude oil, and the only country supplying it in convenient rupee terms. The crude oil from Iran could be refined in India, thus lowering the cost, because buying shale oil in processed form from US in dollar terms was a costly alternative, in absence of refineries for shale oil in India. Besides old cultural and historical ties with India, Iran was crucial for Indian connectivity to CAR, through Chahbahar port and International North–South Transport Corridor (INSTC) through Afghanistan, which is also the shortest route for CAR countries to warm water. India made significant investments in Chahbahar and related connectivity and other projects.

While India is a sovereign country and makes its own strategic choices but going against US or Israel at that point of time had many disadvantages against the advantages mentioned above. The biggest threat to India comes from China and Iran has never been in a situation to help India against China. Given the emerging strategic scenario and closeness of China and Russia, going against US did not make strategic sense, because US was and continues to be in a position to provide intelligence, technology, military hardware, maritime support and oil (costly though). Israel is needed to diversify import of military hardware, which was overly dependent on Russia. Considering the fact that Chinese aggressiveness has been increasing with increase of its CNP, and will remain so in future, siding US had more advantages. India has alternative to Iran oil, but no worthwhile alternative to strategic partnership with superpower to mitigate Chinese threat.

Indian diplomacy tried to do some strategic balancing and Indian dilemma was understood by US as well as Iran, to the extent that Chahbahar was kept out of the preview of CAATSA and some waivers were given for oil imports. Both countries are bound by their own national interest; hence Iran when pushed to a corner by sanctions looking at China and US not giving waivers beyond a point, need to be seen in that perspective.

With adverse relations with US, China-Iran strategic partnership resulting in many deals adding to $400bn was a predictable outcome. With Iran being part of BRI, there is no doubt that Iran will be in the strategic orbit of China. China-Iran deal will certainly alter the strategic balance in West Asia (Middle East) and more so open another front for US-China competition in Persian Gulf. It will also help China in ensuring part of its energy security.

The Iranian authorities, however, continue to maintain that its relations with India are normal and these deals will not be impact it. India is not out of Chahbahar and despite certain contractual delays and COVID-19 impact, it would like to work with India. With declining Indian rupee reserves of Tehran and declining demand of oil by India, Iran struggles to import necessaries like medicines and foodstuff from India. Iran is also aware of exploitative policies of China; hence is keen to maintain good relations with India, because of its potential influence and better acceptability in global arena. Surprisingly I find Iranian leaders and press much less critical of India, than Indian critiques in India.

Can India Recover some Missed Opportunities?

India needs some smart diplomacy to make US realize that Indian engagement with Iran is a strategic necessity for both in the current scenario. Better Indo-Iran relations serve US interests better, besides Afghanistan and US initiative of US+5 in context of CAR countries. With decreasing presence of US in West Asia, the Indian footprints in Iran and Afghanistan and connectivity to CAR is important to both to ensure that the entire strategic space is not lost to China, because US will find it difficult to regain it later. Various terror groups are increasingly getting stronger in West Asia, which are inimical to US including IS, al Qaeda and Taliban; hence assuming that entry into this region is no longer required by US, may be a strategic error, giving China an edge towards its dream of global leadership.

India therefore needs to work out a methodology to fulfill its commitment to Iran, continue with Chahbahar and INSTC, and provide an opportunity to Iran to balance relationship between China and India, which may ultimately create a window for US return in the region, should a strategic situation demand so. Despite adversarial relations with US and Israel and being part of BRI, Iran has constructively worked with India in past; hence it may well be possible in future.