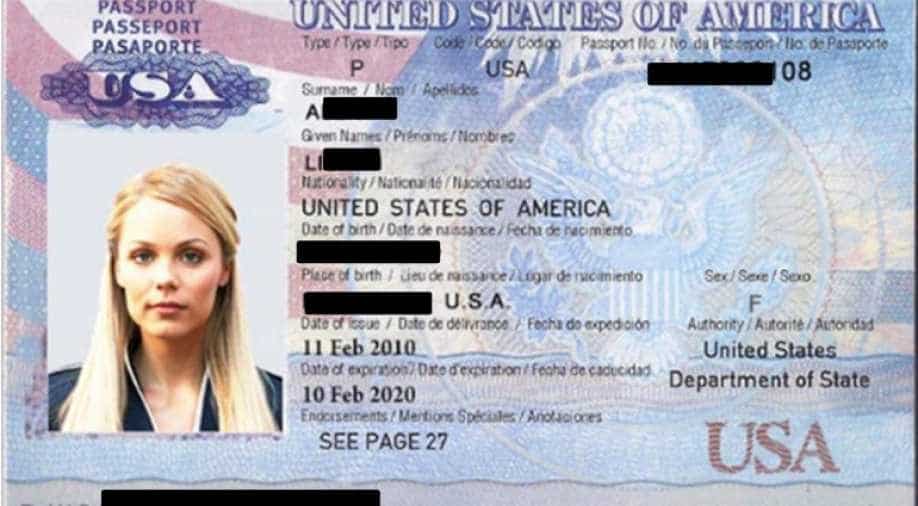 US actress Laura Vandervoort?s image was used to create a fake passport.(Courtesy: Washington Post) Photograph:( Others )

Indian-American Amit Chaudhry has been sentenced to nine years in prison in a multimillion-dollar identity theft and money laundering scam, the Washington Post reported today.

Amit Chaudhry, who emigrated to the US in 1992, ran a money laundering network by helping relatives in India through stolen credit cards and making up identities through shell bank accounts, the report said. He also operated cheap travel packages. His network stole money from customers, and their hotel and airfare was paid through stolen credit cards. The Washington Post report said as many as 1,000 people found their trips cancelled after the scam was discovered.

Chaudhry's network made more than $25 million off fake credit cards, helped by a co-conspirator at American Express in India, the Washington Post revealed.

Amit Chaudhry's network was detected by the FBI after an agent discovered actress Laura Vandervoort's picture in a fake passport. Vandervoort, a Canadian, played the part of supergirl in the TV series “Smallville”, and last year appeared as the character "Indigo" in the “Supergirl” TV series.

This was all done out of "family loyalty", Chaudhary's lawyer Danny Onorato told the Washington Post.

The report stated that Amit Chaudhry is now cooperating with authorities in the US, and that the FBI is trying to find more victims and track down possible co-conspirators in the United States and India. So far, the report says, five co-conspirators have already pleaded guilty in the US, while two others have been arrested in India.