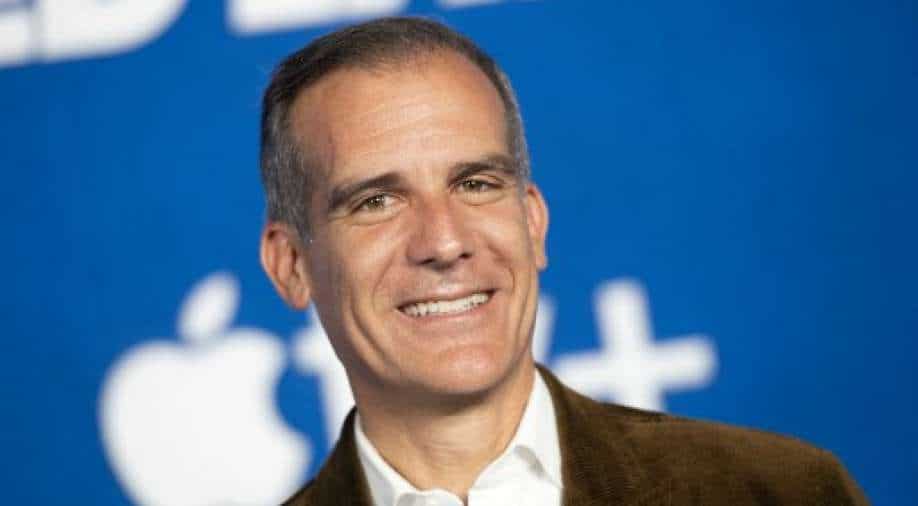 Garcetti was named India’s next ambassador by Biden in June. Photograph:( AFP )

Garcetti, 50, who is currently serving as the Mayor of Los Angeles, is said to be the personal confidant of Biden

US President Joe Biden’s nominee for envoy to India, Eric Michael Garcetti, has vowed to double-down America’s efforts to strengthen “India’s capacity to secure its borders and defend its sovereignty” while noting that New Delhi is situated in a “tough neighbourhood”.

His comments came during testimony before the Senate Foreign Relations Committee following the confirmation hearing for US Ambassador to India.

“India is situated in a tough neighbourhood. If confirmed, I intend to double-down on our efforts to strengthen India’s capacity to secure its borders and deter aggression through counterterrorism coordination,” the envoy-desginate.

Garcetti said he will make efforts “through information sharing, counterterrorism coordination, joint freedom of navigation patrols and military exercises (which I have participated in as a naval officer alongside my Indian counterparts), and sales of our best defence technologies in order to realise the full potential of our major defence partnership.”

#WATCH | India is situated in a tough neighborhood.If confirmed, I intend to double-down on our efforts to strengthen India’s capacity to secure its borders and deter aggression through counterterrorism coordination: Eric Garcetti on his nomination as US Envoy to India pic.twitter.com/JqfFDoE6iV

He said he will work closely with India to support a similarly bold approach to promoting green energy through the International Solar Alliance (ISA) and through the Agenda 2030 Climate and Clean Energy Partnership.

“The bedrock of our partnership are the human ties that connect our nations, embodied by the four million strong Indian-American diaspora that strengthens our nation and the nearly two hundred thousand Indian students and tens of thousands of Indian professionals who contribute to our economy,” Garcetti said.

Garcetti, 50, who is currently serving as the Mayor of Los Angeles, is touted to be the personal confidant of Biden.

Garcetti was named India’s next ambassador by Biden in June.

During the hearing, several senators asked Garcetti how he would work to address the India-Russia relationship, as New Delhi’s 70 per cent of Indian defence inventory is dominated by Moscow.

"If confirmed, though, I would advocate following the continued diversification of India's weapon system, the threats to our own weapon systems if that diversification doesn't occur, because we have to protect our data and our systems and work towards really growing this Major Defence Partnership," Garcetti said in his testimony.