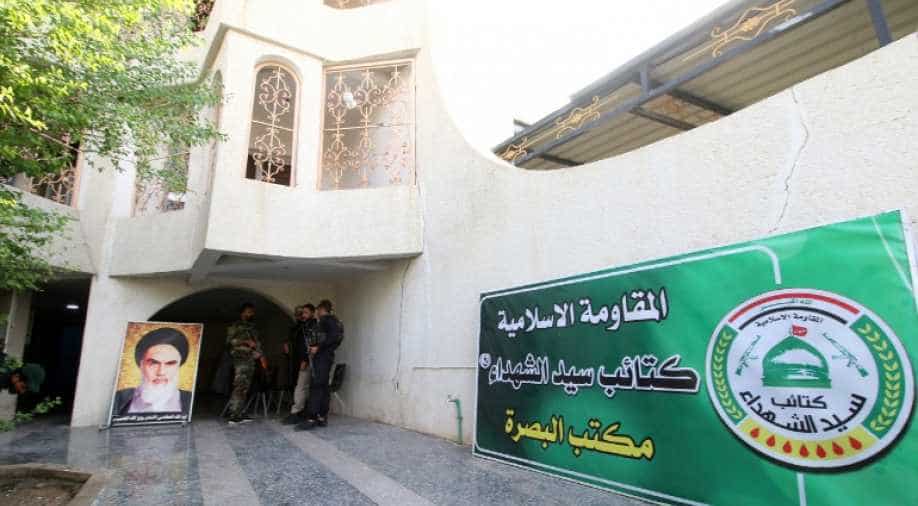 Some Iraqi politicians and military officers worry that through the Shi'ite militias Tehran is trying to create an Iraqi version of the Iranian Revolutionary Guard, with its parallel security apparatus and vast business empire.

In May, Hassan Fada'am traded his military fatigues for a suit when he became one of 45 Shi'ite militiamen elected to Iraq's 329-seat parliament.

Fada'am trained as a soldier in Iran and fought against Islamic State in Iraq. Now he's a politician as paramilitary groups backed by Iran have doubled their number of seats in Iraq's parliament. The Fatih Alliance bloc that represents them has become the second largest political bloc.

In interviews, eight militiamen who have translated their battlefield success into electoral victories set out how they plan to use this new platform. Six months after the vote, Iraq's new Prime Minister Adel Abdul Mahdi has yet to win parliamentary approval for his government. Yet already one thing is evident, the militia are better placed than ever to influence policies, from domestic security to foreign policy.

Mahdi's predecessor as prime minister, Haider al-Abadi, has said he fears the militiamen will undermine efforts to unify Iraq. Its young democracy is trying to balance the demands of its Sunnis, Kurds and Shi'ites after years of sectarian conflict, and the economy is only beginning to recover from the country's war with Islamic State. Abadi tried, unsuccessfully, to prevent militia leaders from standing in the 2018 election.

"How can a military outfit have a political opinion? This does not happen in any part of the world. It is prohibited," he said at the time. The militiamen responded by announcing they would quit their military roles to comply with Iraq's electoral code.

Iran is unperturbed. "In the meetings we had with our Iraqi brothers, they assured us that Iraq could not be used by America," said a former Iranian ambassador in the region, now a senior official in Tehran.

Among Iran's Iraqi allies is the Badr Organization, which won 21 seats at the election. For two decades, Badr's leader Hadi al-Amiri led the fight against Saddam Hussein from exile in Iran. A Badr local commander, Karim Nouri, said communication with Iran was ongoing "to keep Tehran's rivals – the United States and Saudi Arabia – in check." He did not elaborate.

Hisham Hashemi, a security adviser to Iraq's government, said he believed that Iran was in touch with Shi'ite politicians "in order to have a means of applying political pressure, to guarantee their loyalty, to make sure they have an armed force loyal to them. They provide advice on PR, propaganda, marketing, media, speeches, social media."

INSPIRED BY IRAN, SUSPICIOUS OF AMERICA

When Iraq's top Shi'ite cleric Grand Ayatollah Ali al-Sistani urged his fellow Shi'ites to join the fight against Islamic State in 2014, Fada'am was among the tens of thousands of Shi'ites who answered the call. He led the Dawn Brigades, a force of 3,400 fighters.

After driving Islamic State from the town of Jurf al-Sakhr south of Baghdad, Fada'am lobbied the local government in his province of Hilla to cancel the property rights of Sunnis in the area, saying they were tied to Islamic State. The Hilla provincial council agreed to his request.

Elected in May to represent Hilla in parliament, Fada'am says he now devotes his time to politics, frequently appearing on talk shows broadcast on Shi'ite television channels to drive home his anti-corruption message. Visitors stream into his office in Hilla seeking help. Like many parts of Iraq, Hilla lacks basic services. Roads are potholed. Medical facilities are crumbling. He receives hundreds of requests from young people wanting a job in the civil service.

Across town from his office is a hospital run by his followers. It provides free medical care for militia fighters and members of the public. Patients have access to an orderly, well stocked pharmacy. The rooms are cleaner than most medical facilities in Iraq.

"At the end of the day we must switch to politics to rebuild our country. Rebuilding the country and maintaining its security could come only through good politics," said Fada'am.

Another militiaman turned politician, Falih Khazali, fought on the side of President Bashar al-Assad in Syria's civil war and lost an eye defending a Shi'ite shrine near Damascus. These days, he operates from Iraq's second city Basra in the oil-producing south. Posters of Iranian Supreme Leader Ayatollah Ali Khamenei and revolutionary leader Ayatollah Ruhollah Khomeini adorn the wall of his office. He is beginning his second term in parliament, having been elected for the first time in 2014.

"The Americans should not consider Iraq as one of their villages. Iraq is an independent state with an ancient history. The United states must not deal with Iraq on the basis of zero give and 100 per cent take," he said.

"Iran's role was very effective in arming Iraqi forces and the Hashid (militia) through the government. Only the Islamic Republic of Iran supported Iraq when the state was about to collapse. All others were onlookers."

Like Iran, Khazali is opposed to the American military presence in Iraq. He says he is "pushing for a draft law to force government to reconsider bilateral military cooperation with the United States." About 5,200 US troops are based in Iraq. They will stay "as long as needed" to help stabilize regions previously controlled by Islamic State, said a spokesman for the US-led international coalition.

Like Fada'am, Khazali is focused on everyday issues that are important to Iraqis: contaminated water, dilapidated infrastructure and corrupt officials. He has opened his office in Basra to anyone who can provide proof of official corruption. He says he has put together a file containing 100 cases. During the first session of parliament in mid-September, Khazali successfully urged the chamber to send a delegation to investigate the "miserable conditions" in Basra, the scene of protests over unsafe water, power shortages, unemployment and corruption.

That's a view shared by others, including Asaib ahl al-Haq, one of the militias that is faced with possible U.S. sanctions. Asaib militiaman Saad al Husseini, from the town of Kut on the banks of the Tigris river, has taken up a seat in parliament. He handled logistics for Asaib during the war against Islamic State, ensuring fighters showed up at their positions and arranging matters after deaths. He says the protests in Basra flow from the failings of successive governments.

"The protests now are a stark evidence that corruption is spreading in all government institutions. The next step should be fighting corruption," he said. "My primary objective after becoming a lawmaker will be helping to legislate to serve people's interests and monitoring the performance of the government in order to stamp out corruption."

Some Iraqi politicians and military officers worry that through the Shi'ite militias Tehran is trying to create an Iraqi version of the Iranian Revolutionary Guard, with its parallel security apparatus and vast business empire. Iraqi militias have shares in construction, trade and car import companies.

At the Safra border crossing, 90 km north of Baghdad, the Badr Organisation, Iran's closest paramilitary partner in Iraq, collects custom tariffs and taxes on goods transported from the Kurdish region in the north, according to a local councillor and two former senior Iraqi officials. The councillor said at least US $12 to US $15 million goes to the Badr group each month.

Cash flows do not stop at business interests. The Iraqi state budget allocated US $1 billion for the militias during the war with Islamic State. A Hashid fighter is normally paid US $600 a month, compared to any army soldier's US $200 salary.