In election pledge, UK Labour promises free broadband for all 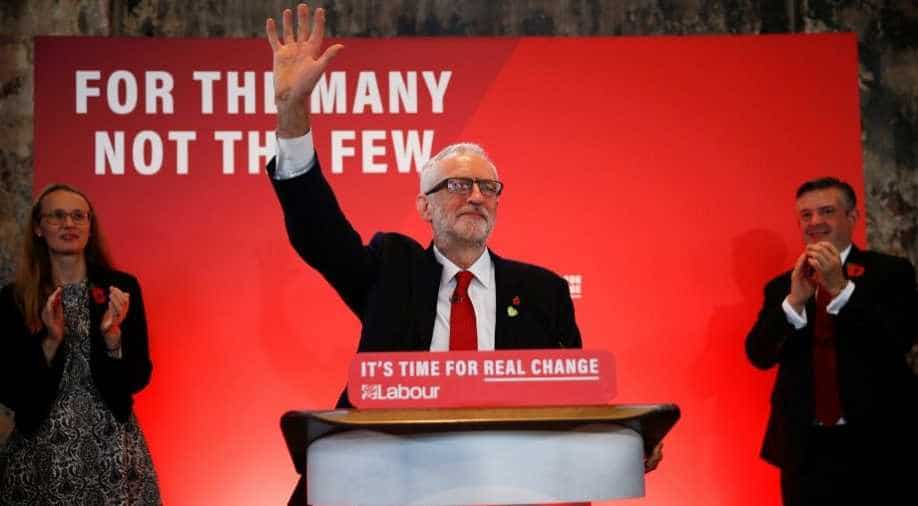 Labour said it would bring the parts of telecoms giant BT that deal with broadband into public ownership, as part of a sweeping programme of nationalisations.

Britain's main opposition Labour party on Friday promised free, fast broadband internet for everyone, in the most eye-catching of a series of big spending pledges ahead of next month's election.

Labour said it would bring the parts of telecoms giant BT that deal with broadband into public ownership, as part of a sweeping programme of nationalisations.

"The internet has become such a central part of our lives. It opens up opportunities for work, creativity, entertainment and friendship," said Labour leader Jeremy Corbyn.

"What was once a luxury is now an essential utility."

"That's why full-fibre broadband must be a public service, bringing communities together, with equal access, in an inclusive and connected society."

Conservative Prime Minister Boris Johnson has previously promised to deliver high-speed broadband to all households by 2025 via the private sector.

He condemned Labour's plan as "slightly fantastical" saying it would cost "many tens of billions" of taxpayers' money.

Lobby group TechUK said the move was "fundamentally misguided" and would spell "disaster" for the telecoms industry and the fast-growing digital sector.

"Renationalisation would immediately halt the investment being driven not just by BT but the growing number of new and innovative companies that compete with BT," said chief executive Julian David.

But Labour's finance chief, John McDonnell, accused BT of diverting billions of pounds of profits to shareholders since it was privatised in 1984, saying his plan would lead to long-term investment.

Labour proposes to privatise BT's Openreach, which runs almost all of Britain's existing digital network, and other elements of the firm to create a new public entity, British Broadband.

But BT, whose shares fell 3.7 per cent on the news before rebounding, warned that Labour had underestimated the cost of its proposal of full, free coverage by 2030.

The cost of privatising the relevant parts of BT would be set by parliament and paid for by swapping bonds for shares, Labour said.

Meanwhile, it said a new tax on global digital companies such as Amazon, Facebook and Google would "more than" cover annual maintenance costs of around £230 million.

There would be further costs associated with staff pensions, while Openreach currently has a revenue of £5 billion a year, he said.

Johnson has already committed £5 billion to boost coverage and 5G networks in the hardest to reach areas.

The pledge is the most radical so far in the campaign for the December 12 election, which has been dominated by Britain's looming exit from the EU but also by promises to end a decade of austerity measures.

Labour wants to nationalise the water, railways and mail delivery companies, and invest hundreds of billions of pounds in infrastructure and public services.

Johnson's Conservatives, who were responsible for the belt-tightening measures since 2010, have also promised big investments but not on the same scale.

Improving broadband coverage and speeds has become a priority for both parties in a bid to improve productivity, particularly in rural areas.

Only eight per cent of UK premises are connected to full-fibre broadband, compared to 97 per cent in Japan and 98 per cent in South Korea, Labour says.

It claims that by allowing fast, the comprehensive network could boost productivity by £59 billion by 2025.