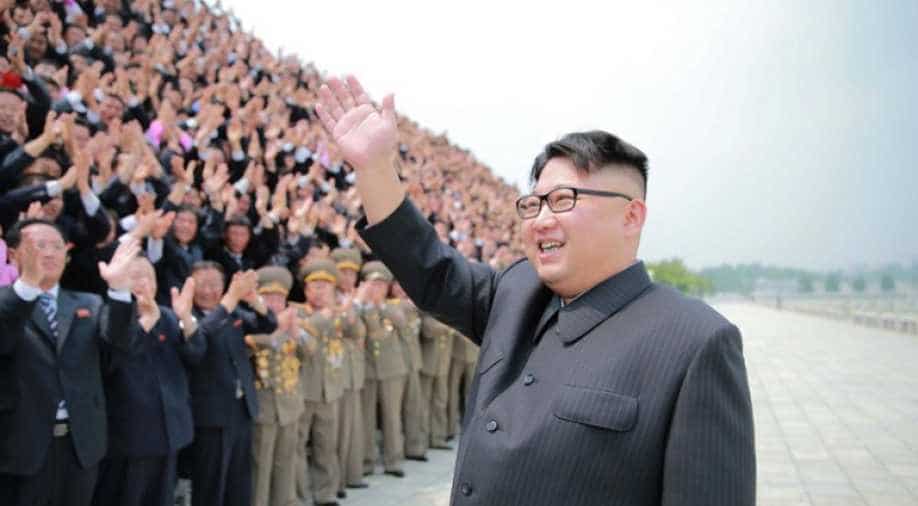 US treasury said that Kim Jong-Un, North Korea's 'Supreme Leader', was responsible for abuses in his roles as head of the country's ministry of state security and ministry of people's security. Photograph:( Getty )

Follow Us
The United States placed North Korean leader Kim Jong-Un on its sanctions blacklist for the first time on Wednesday, calling him directly responsible for a long list of serious human rights abuses.

US officials said Kim and 10 other top officials also blacklisted were behind widespread abuses including extrajudicial killings, forced labour and torture in the country's system of prison camps for political detainees that has made North Korea "among the world's most repressive countries".

They also were responsible for harsh censorship of media, academic and cultural activities, including imprisoning people accused of viewing foreign films.

"Under Kim Jong-Un, North Korea continues to inflict intolerable cruelty and hardship on millions of its own people, including extrajudicial killings, forced labour, and torture," said Adam Szubin, acting treasury under secretary for terrorism and financial intelligence.

Treasury said that Kim, North Korea's 'Supreme Leader', was responsible for abuses in his roles as head of the country's ministry of state security and ministry of people's security.

According to officials in Washington, the ministry of state security holds 80,000 to 120,000 prisoners in political prison camps where torture, execution, sexual assault, starvation, and slave labour are common.

Meanwhile, the ministry of people's security overseen by Kim runs a network of police stations, detention centres and labour camps where suspects under interrogation "are systematically degraded and tortured", the United States said.

Kim is "rather plainly ultimately responsible for the actions of his regime including its repressive policies", a senior US official said, speaking anonymously.

Another on the new sanctions list, Cho Yon Jun of the powerful Organization and guidance department, is in charge of enforcing loyalty to Kim, including executing those who defy his will, the senior US official said.

The sanctions were announced in parallel with the state department's release of a new report which documents the abuses throughout the North Korean security apparatus and political prison camp system.

It is not the first time the United States has placed a head of state on a sanctions list. Previously sanctioned leaders include Saddam Hussein of Iraq, Charles Taylor of Liberia, and Robert Mugabe of Zimbabwe.

US officials said they do not expect immediate consequences from the sanctions, which freeze the US-based assets of those named, and forbids Americans from doing business with them.

But senior officials said that naming those directly involved could make them think twice about what they are doing.

"With these efforts, we aim to send a signal to all government officials who might be responsible for human rights abuses, including prison camp managers and guards, interrogators, and defector chasers, with the goal of changing their behavior," said state department spokesman John Kirby.

The senior official said there was evidence that an increasing number of people inside North Korea, including inside Kim's regime, are conscious that Kim's strongman rule might have its limits.

"What this report does is sends a message to people within the North Korean regime, particularly at those lower to mid levels, that if you become involved in abuses like running concentration camps or hunting down defectors, we will know who you are and you will end up on a blacklist that leaves you at a significant disadvantage in the future," Kirby said.