If you're not happy here, you can leave: Trump to Democratic congresswomen 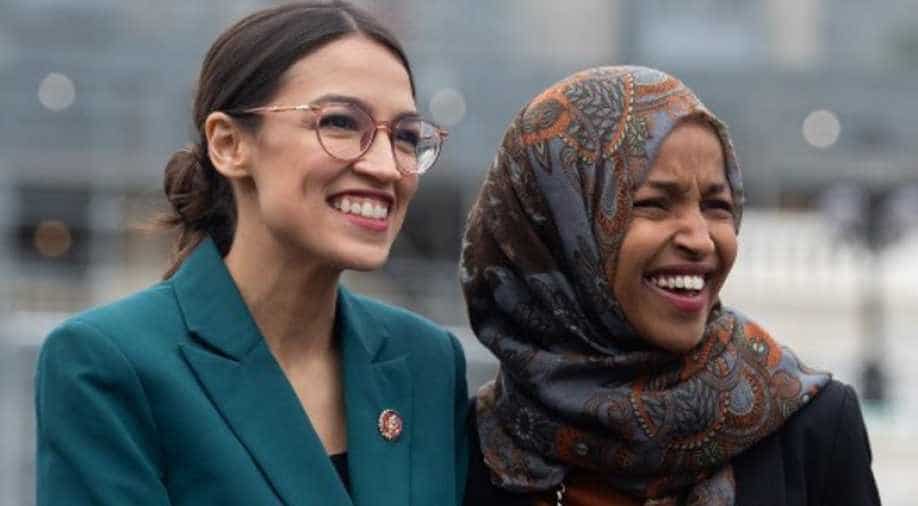 Trump also accused the four Democratic congresswomen, all of whom are women of colour, of having 'love' for US 'enemies like Al-Qaeda'.

President Donald Trump stepped up his attacks on four progressive Democratic congresswomen on Monday, saying if they're not happy in the United States "they can leave."

"All they do is complain," Trump told reporters at a "Made in America" event at the White House. "These are people that hate our country. They hate it, I think, with a passion."

"If you're not happy here, you can leave," he added. "So all I'm saying is if they want to leave, they can leave."

Trump also accused the four Democratic congresswomen, all of whom are women of colour, of having "love" for US "enemies like Al-Qaeda."

Collins said that while she disagreed with the political views of the leftist representatives, "the president's tweet that some members of Congress should go back to the 'places from which they came' was way over the line, and he should take that down."

The US president had attacked the progressive Democratic congresswomen over the weekend in a series of tweets.

"When will the Radical Left Congresswomen apologize to our Country, the people of Israel and even to the Office of the President, for the foul language they have used, and the terrible things they have said," Trump wrote on Twitter.

"So many people are angry at them & their horrible & disgusting actions," Trump said.

Trump referred on Twitter to "'Progressive' Democrat Congresswomen" that appeared to be aimed at a group of outspoken relatively young, liberal women of colour, all first-time members of the House of Representatives.

These include Alexandria Ocasio-Cortez of New York, Ilhan Omar of Minnesota, Rashida Tlaib of Michigan and Ayanna Pressley of Massachusetts.

They "originally came from countries whose governments are a complete and total catastrophe, the worst, most corrupt and inept anywhere in the world," Trump tweeted.