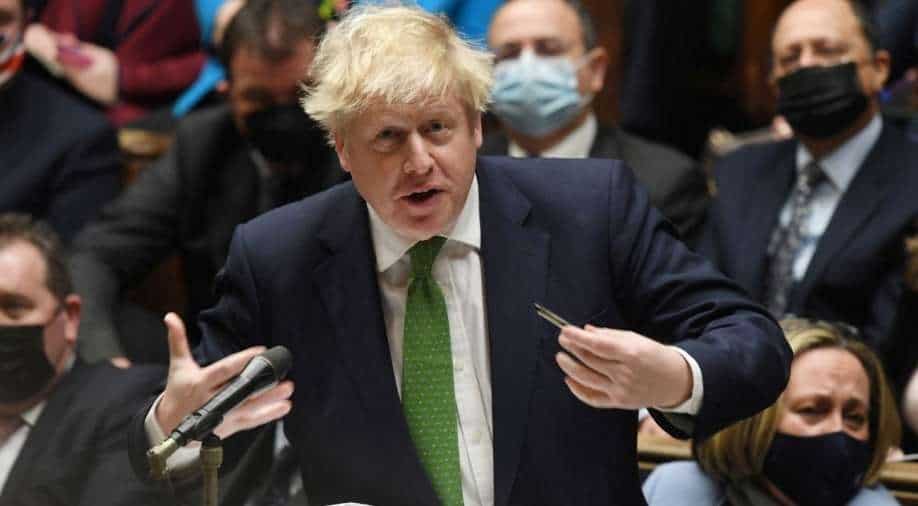 UK’s Deputy Prime Minister Dominic Raab said that it was unlikely that the Susan Gray report would be fully disclosed to the public.  Photograph:( Reuters )

Boris Johnson said he "welcomes" the police's decision to conduct an investigation, saying it will "help to provide the public with the information it requires and will bring issues to a close."

Boris Johnson, the British Prime Minister, is presently giving a speech on Ukraine, but first he wants to address the police probe into parties hosted in No 10 during the pandemic.

He says he "welcomes" the police's decision to conduct an investigation, saying it will "help to provide the public with the information it requires and will bring issues to a close."

He goes on to say that he and the government are focused on "people's priorities."

Earlier in the day, the Metropolitan Police Commissioner announced Tuesday that an inquiry has been opened into gatherings held at No. 10 Downing Street, British Prime Minister Boris Johnson's official residence and office, that may have breached coronavirus lockdown regulations.

According to a spokesperson of the official residence of the British Prime Minister, Mr Johnson believes he has not broken any laws.

For weeks, the government's own cabinet office has been looking into allegations that multiple parties were held at Downing Street while restrictions were in place, and whether the prime minister attended any of them. The prime minister admitted to spending less than half an hour at one outdoor gathering with food and wine.

He stated that he thought it was a "work event."

Downing Street did not deny that the party happened, but claimed the Prime Minister was only there for less than 10 minutes.