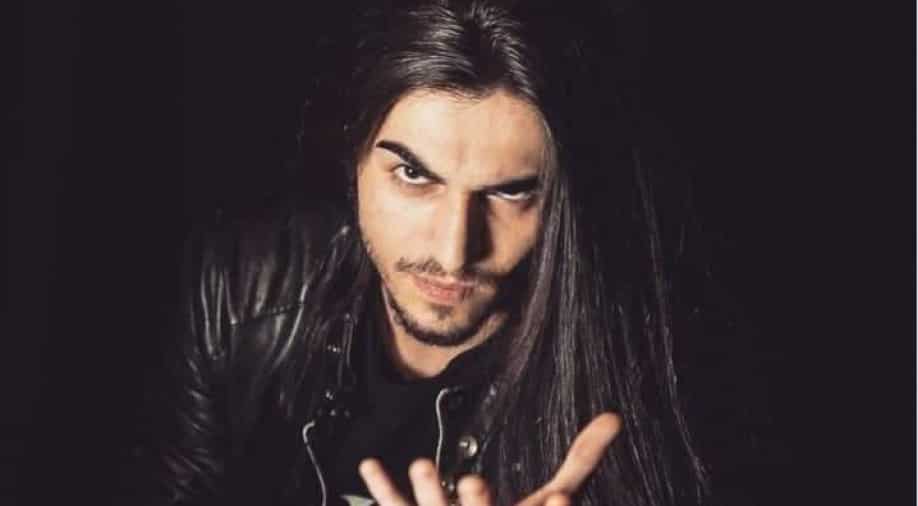 Born in Daraa, Syria, Shuker became the first Syrian metal musician to perform in the UK at the Imperial War Museum in London.

Death metal band frontman Jake Shuker turned his war memories into music. His fingers effortlessly strumming the guitar conveys only one message -- his passion for heavy metal, which made him get away from war-torn Syria and seek refugee in Lebanon.

Speaking to WION, Jake said that he was just six when he was introduced to the metal genre. Soon it became his passion and he not only embraced it but wore it on his sleeves.

Born in Daraa, Syria, Shuker became the first Syrian metal musician to perform in the UK at the Imperial War Museum in London which held the Rebel Sounds Live series, part of the museum's Culture Under Attack season of events exploring how war threatens people's lives.

He appeared at the Imperial War Museum on Saturday, July 6 along with his band, Maysaloon, part of the fledgeling underground metal scene in Damascus. The band is now based in Beirut, the capital of neighbouring Lebanon. Sharing his experience on the performance, Jake said that he was overwhelmed by the response of the audience. What was ironical, was the war-themed museum reminded him of the place that he came from.

WION: How did you get into metal music which is not something conventional to your land and origin?

Jake Shuker: Well, It actually started at an early age of my life when I was just six years old. My first encounter with metal was at my uncle's place. I saw him screening metal music in his room. That was the first time I got to know metal. I didn't know what happened but it just left an impact on me. Soon, I started listening to metal songs more and more and it became my passion.

Metal music is more controversial in the Middle East, where, I think people take things very seriously. They get extreme with everything. Metal music was banned in Syria. I think it's because of the community who cannot accept anything different. So it is not the government, it's your community. They just can't deal with anything. That's where the accusations come from and you have to face many hardships in pursuing your passion and desire. So I must say that regions matter a lot.

WION: How hard was it to leave Syria? Would you want to go back again?

Jake Shuker: It wasn't very hard as the place where I live now has been renewed. I came to Lebanon with my band in September, 2018. The reason why I came to Lebanon was because of my band. Metal music was banned in Syria. I was though disappointed when I had to leave my town as I also had to leave behind my friends, my studies and my band. I wasn't left with many options. So I had to (leave), because that place would not have accepted me and my band. In the end, I would have been left with nothing if I lived there. Syria is country at war. What else can we expect? If you ask me if I want to go back to Syria, I’d say that I’d like to, but I want peace.

WION: Syria invariably brings to mind war, battle, violence... what kind of effect did it have on your music?

Jake Shuker: Yes, war is the reason why I left Syria. I had to leave everything behind. There is no peace which I really want to see in the country. It's all war and violence. The sounds I heard during my rise in music, I hear them again and again in my head. Most of the time when I wake up, I hear those sounds. It's very hard to escape from such sounds. But that's where our composition begins. We manage to channel all of those things through our music which we have been through many years.

WION: You became the first Syrian metal musician to perform in the UK with a performance at the Imperial War Museum in London. How did you feel and what was the response?

Jake Shuker: It was epic and great. I was overwhelmed. To perform at the Imperial War Museum in London was a great opportunity for me. I was so happy. The only unique thing while performing was to see war themes all around you when you get to see aircraft, tanks and everything that reminded me of the place I come from. That's really crazy and sick.

WION: Having performed at various forums and platforms which is your dream place?

Prince Harry, Meghan Markle to give up their 'Sussex Royal' brand

Watch: Bear Grylls reveals 'Into The Wild' with Rajinikanth teaser