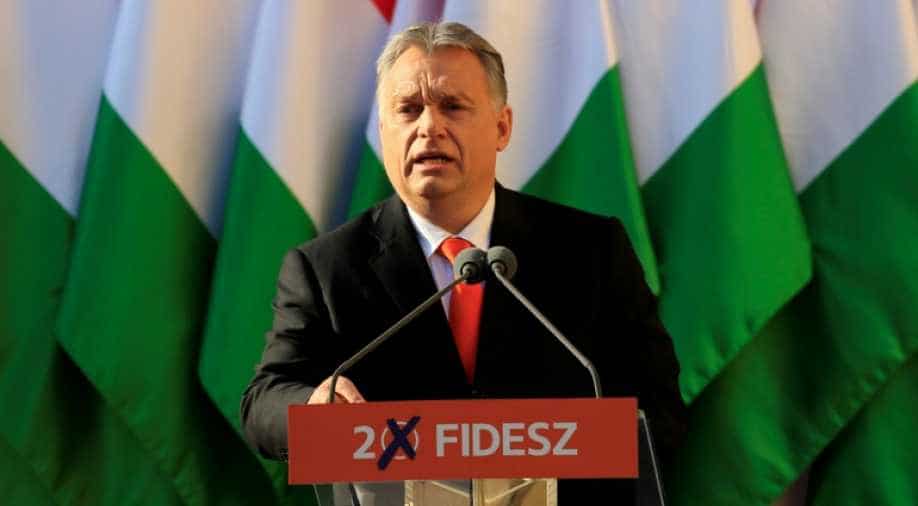 The date for a referendum has not been finalised yet, but Viktor Orban has urged all Hungarians to vote in favour of the law

The law has been criticised globally and this move may have been triggered by the European Commission's decision to take legal action against Budapest.

In a video shared by Orban on his Facebook page, he said that "Brussels has clearly attacked Hungary in recent weeks regarding the law".

The legislation bans the "depiction or promotion" of all things homosexual and the scope of gender correction measures to people aged below 18. The move has invited a lot of scorn from everyone across Europe.

Budapest claims the measure was created to protect children in the country. But critics claim that the law conflates pedophilia with homosexuality, effectively spreading stigma around an already highly ostracised community.

According to Orban, the referendum would include five questions, one of which would be about whether schools should have the permission to talk to their children about sexuality without their consent.

Another question will ask responders whether they endorse sex reassignment treatment for minors and whether they accept the unrestricted exposure of children to "harmful sexual content".

The right-wing PM urged all participants to answer "no".

No date has been finalised for the referendum. Orban presented the idea as a list of demands put forward by the European Union to Hungary.

The law has sparked protests not in Hungary but across the rest of European Union. An infringement procedure was launched by the European Commission against the law, which came into force this month. The procedure claims that the law violates EU rules regarding rights to freedom of expression, along with free trade and provision of services.

Hungary has blamed the EU of interfering in country's domestic affairs.