'Hundreds' may already have new COVID-19 strain in the US, researchers claim 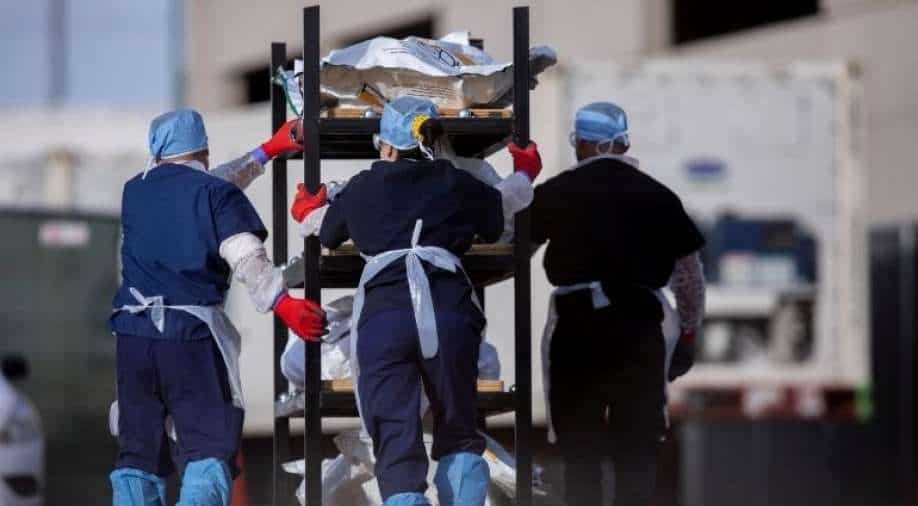 A new strain of COVID-19 which was recently spotted in the United Kingdom may have already infected many people in the United States now, researchers claim

A new strain of COVID-19 which was recently spotted in the United Kingdom may have already infected many people in the United States now, researchers claim. Many people may already have been infected, and the virus may have been circulating in the US as early as mid-November, scientists fear.

Michael Worobey, from the ecology and evolutionary biology department of the University of Arizona told CNN that at least “hundreds of people” may have been infected with the new strain by now.

He also claimed that there lurks a strong possibility that the new strain of the virus may have arrived multiple times in multiple places.

Another professor from the Fred Hutchinson Cancer Research Center - Trevor Bedford corroborated these claims by telling CNN that many infected travellers who left London may have been unknowingly carrying the strain, which is way more infectious than the first strain which showed up in Wuhan last year and has infected millions across the globe since then.

Even in the United Kingdom, scientists were able to trace the first instance of the virus to September 20 in Kent, which is a county southeast of London.

Based on these estimates, it is entirely probable that the virus reached the US in mid-November. Scientists around the world are now trying to match the genetic sequences of the new train with the ones already circulating across territories to ascertain the degree of its spread.

So far, scientists have not found any match with the UK variant in the US. Health officials and scientists both agree that this may be owing to the inability of the system to catch the infected.

Dr Anthony Fauci, the director of the National Institute of Allergy and Infectious Diseases on Tuesday claimed that it’s not far fetched to assume that the virus was in the US already, while adding that he would not be “surprised”. He also added that it is most definitely not the dominant strain.

In a scientific brief posted by the US Centers for Disease Control and Prevention  on Tuesday, it was claimed that the variant was not identified by using sequencing efforts in the country.

It’s important to keep in mind that only 51,000 cases out of the 17 million have been used for sequencing, which is roughly half a percent of the total cases.