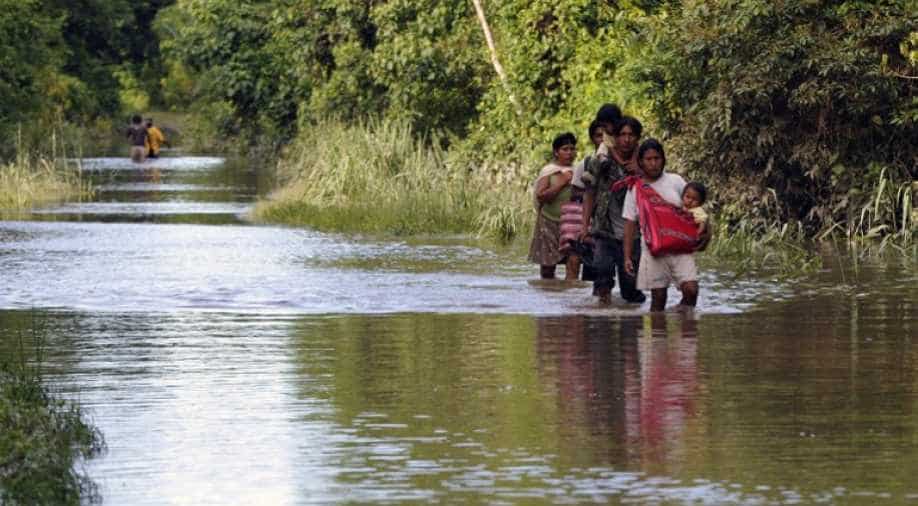 Hundreds of Bolivians in the small community of Caracoles, 248 km (154 miles) from the capital city of La Paz, were evacuated on Saturday after heavy floods and mudslides destroyed 85 houses.

Authorities declared a state of emergency and civil defence officials converged on the area to help people leave.

Rain triggered the heavy flooding which overflowed a dam used at the mine.

According to media, the flood waters destroyed the dynamite storage area before continuing to flood the miners` community.

It was not clear if the muddy water rushing down the streets is contaminated.

The Molinos and Villa El Carmen mining centres were most affected.

Authorities have provided the victims with food, tents and bedding.