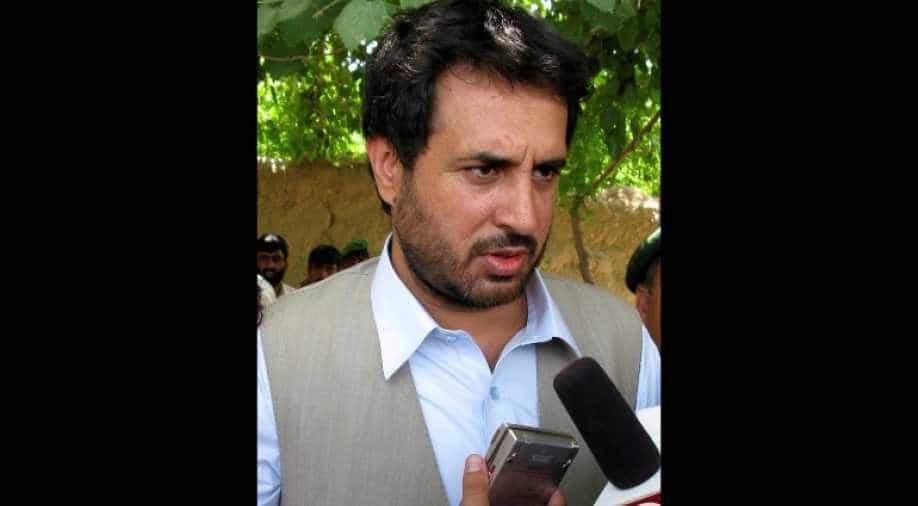 Asadullah Khalid speaks to the media in the Arghandab district of Kandahar province. Photograph:( Reuters )

Anti-Taliban Asadullah Khalid is accused of being involved in assassinations, torture and illicit drug business while serving as governor of Ghazni and later of southern Kandahar in 2005 and 2008.

President Ashraf Ghani's decision last month to appoint the fiercely anti-Taliban Asadullah Khalid prompted an outcry from human rights organisations which accuse him of being involved in assassinations, torture and illicit drug business while serving as governor of Ghazni and later of southern Kandahar in 2005 and 2008.

"Credible evidence of serious human rights abuses and war crimes linked to Khalid have followed him throughout his government career," Human Rights Watch (HRW) said in a report published on Saturday.

Brad Adams, Asia Director at HRW called on donors including the United States and Canada to impose sanctions on Khalid, freeze his assets and ban him from entry.

"The European Union and other donors should impose similar sanctions to send a clear message that returning a known human rights abuser to a position of authority is simply unacceptable," he said.

Khalid, who barely survived a Taliban suicide attack shortly he took over the National Directorate for Security in 2012, denies the charges and says they are politically motivated.

An uncompromising opponent of the Taliban, Khalid accuses Pakistan of aiding the insurgent group, which Pakistan denies.

His appointment and that of fellow Taliban critic Amrullah Saleh as interior minister come amid growing momentum in talks between U.S. special envoy Zalmay Khalilzad and Taliban representatives, who have resisted US pressure to include Ghani's government.

Critics say Khalid's appointment will only complicate peace efforts after 17 years of conflict. It has also fuelled accusations that Ghani was trying to neutralise potential opponents by bringing them onto his side ahead of the election.