How Mueller's decision on obstruction helped save US President Donald Trump 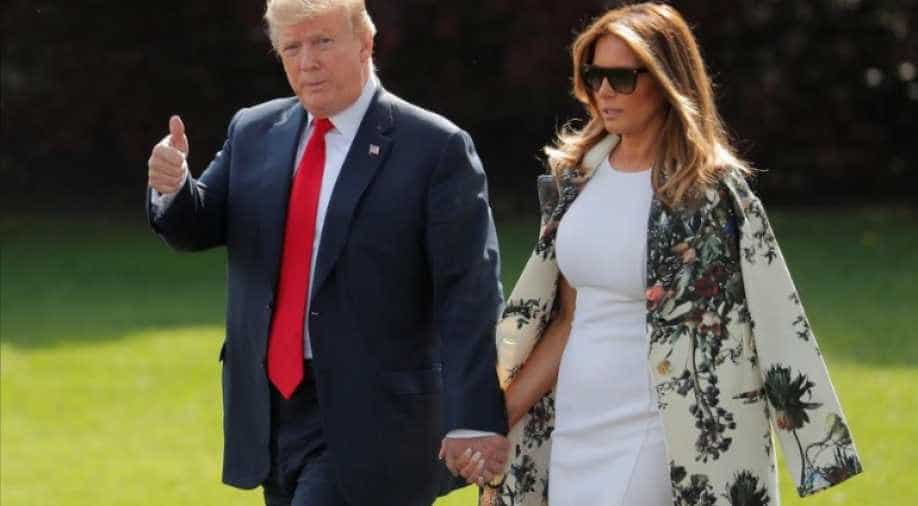 US President Donald Trump and Melania Trump are not known to be the 'couple goals'. In fact, the couple has been spotted swaying away from each other publically. Melania has been spotted trying to get rid of any opportunity to hold hands with the President and many times even taking a step away from her husband in public appearances. Photograph:( Reuters )

Democrats said on Thursday the report contained disturbing evidence of wrongdoing by Trump that could fuel congressional investigations.

The US Attorney General decided that President Donald Trump did not obstruct a probe into whether his campaign colluded with Russia, but some legal experts said prosecutors laid out a wealth of evidence to the contrary and that they intended to leave that determination to Congress.

Special Counsel Robert Mueller`s report revealed new details about Trump's attempts to impede his investigation on Thursday. They included how the president tried to fire Mueller and limit his investigation, kept details of a June 2016 meeting between senior campaign officials and a Russian under wraps, and possibly dangled a pardon to a former adviser.

Democrats said on Thursday the report contained disturbing evidence of wrongdoing by Trump that could fuel congressional investigations.

Some legal experts echoed that view. They said the evidence should have given prosecutors a strong basis for bringing an obstruction case against Trump, but Mueller demurred because of a longstanding Department of Justice policy against indicting a sitting president.

Jens Ohlin, a law professor at Cornell University, said the evidence laid out by the Mueller report was "really exhaustive in terms of the number of incidents and how severe they are."

In his report, Mueller focused on a series of actions, including Trump`s conduct toward law enforcement officials and witnesses. At one point, Mueller says the Congress has powers to check a president. At least half a dozen legal experts said the special counsel intended Congress to take up the matter.

"There is a wink, and a nod, and another wink to Congress that I have a lot of evidence and now the ball is in your court," said Jessica Levinson, a professor at Loyola Law School in Los Angeles.

House Democrats took that view as well. In a joint statement, the House chairs said "the Special Counsel undoubtedly anticipated" the Congress must assess the evidence.

But Republican Congressman Doug Collins disputed that Mueller intended for Congress to decide on the view.

Trump's legal team called the report "a total victory" for the president. "If they thought they had an obstruction case they would have made it.They did not," said Jay Sekulow, a lawyer for Trump, in an interview.

It is unclear whether the Democrats will push on Congressional censure. And even if the House votes to impeach, it is highly unlikely the Republican-controlled Senate would convict Trump.

Attorney General William Barr, a Trump appointee, defended the president in a press conference Thursday by saying there was insufficient evidence to bring an obstruction case against Trump.

In an earlier letter to lawmakers, Barr said the case was also undermined by Mueller`s finding that the Trump campaign did not conspire with Russians to interfere in the election.

Under US law, it is a crime to attempt "to influence, obstruct or impede the due administration of justice."

To prove obstruction, prosecutors must show an individual acted with a "corrupt" or improper motive - a specific intent to impede an investigation.
Obstruction of justice is often coupled with some underlying wrongful act that is being covered up, legal experts said.

The U.S. Constitution is silent on the question.

In his report, Mueller said he "accepted" the department`s legal opinion and was unable to come to a conclusion about whether there was enough evidence to charge Trump with obstruction.

The president`s actions and intent "present difficult issues that prevent us from conclusively determining that no criminal conduct occurred," Mueller wrote.

But Mueller added that his report "also does not exonerate" Trump of the crime.

In reaching his decision not to charge Trump, Barr said the president had been "frustrated and angered" by a belief that the probe was undermining his presidency.

Despite this, Trump did not deprive Mueller of documents and witnesses needed to complete the investigation, Barr said.

"Apart from whether the acts were obstructive, this evidence of non-corrupt motives weights heavily against any allegation that the president had a corrupt intent to obstruct the investigation," he said.