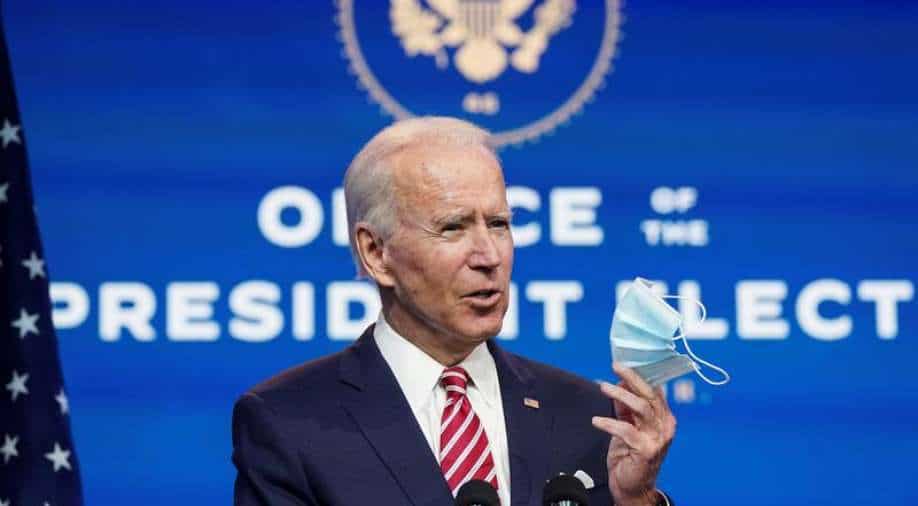 Across the country, suburban voters’ disgust with Trump — the key to Biden’s election — did not translate into a wide rebuke of other Republicans

Just a few seats shy of a majority in the state House of Representatives, Democrats in Pennsylvania this year zeroed in on Republican-held suburban districts, where disdain for President Donald Trump ran hot.

One of their prime targets was in the North Hills suburbs outside Pittsburgh, which are home to big brick houses, excellent public schools and “the fastest-trending Democratic district in the state,” according to Emily Skopov, the Democratic nominee for an open seat there, who gamely knocked on the doors of Republican voters in the days before Nov. 3.

She was half right. Joe Biden carried Pennsylvania’s House District 28, after Trump had won it by 9 percentage points in 2016.

But Skopov, the founder of a nonprofit group who positioned herself as a moderate, was defeated.

Across the country, suburban voters’ disgust with Trump — the key to Biden’s election — did not translate into a wide rebuke of other Republicans, as Democrats had expected after the party made significant gains in suburban areas in the 2018 midterm elections. From the top of the party down to the state level, Democratic officials are awakening to the reality that voters may have delivered a one-time verdict on Trump that does not equal ongoing support for center-left policies.

“There’s a significant difference between a referendum on a clown show, which is what we had at the top of the ticket, and embracing the values of the Democratic ticket,” said Nichole Remmert, Skopov’s campaign manager. “People bought into Joe Biden to stop the insanity in the White House. They did not suddenly become Democrats.”

That dawning truth is evident in the narrower majority that House Democrats will hold in Congress next year and especially in the bloodbath that the party suffered in legislative races in key states around the country, despite directing hundreds of millions of dollars and deploying top party figures like former President Barack Obama to obscure down-ballot elections.

This year, Democrats targeted a dozen state legislative chambers where Republicans held tenuous majorities, including in Pennsylvania, Texas, Arizona, North Carolina and Minnesota. Their goal was to check the power of Republicans to redraw congressional and legislative districts in 2021, and to curb the rightward drift of policies from abortion to gun safety to voting rights.

In all cases, Democrats came up short. None of their targeted legislative chambers flipped, even though Biden carried many of the districts that down-ballot Democrats did not. It could make it harder for Democrats to retain a House majority in 2022.

“In 2018 in the Philadelphia suburbs, you had rage voting against Trump,” said Sen. Bob Casey Jr. of Pennsylvania, a Democrat. But this year, with Trump on the ballot, the president brought out many more supporters who are occasional voters, diluting what Democrats had widely anticipated would be another wave election for them. “It may be suburban voters are still ticket splitters,” Casey said.

In the aftermath, moderate Democrats are feuding with progressives over whether policies that excite the party’s base, such as higher taxes to pay for social programs, policing overhauls and a rapid move away from fossil fuels, are a losing message with swing voters. Progressives have responded that moderate candidates aren’t offering voters an affirmative program to improve their lives.

Skopov echoed a Virginia congresswoman, Abigail Spanberger, who heatedly told House Democrats on a private call after the election that the party must banish the words “socialism” and “defund the police,” after Republicans defeated moderate Democrats tagged with those positions, often inaccurately, in swing House districts across the country.

On Twitter, Skopov wrote that she had been “a casualty/collateral damage of this offensively poor messaging.”

Biden’s winning margin of over 6 million in the popular vote obscured how narrow his Electoral College victory was: He carried three battleground states — Arizona, Georgia and Wisconsin — by fewer than 44,000 total votes.

“One of the big questions is whether a Trumpist 2024 candidate can be a little bit milder so as to not alienate the suburbs, yet still inspire the low-propensity Republicans to vote at 2020 levels,” said J.J. Balaban, a Democratic strategist in Pennsylvania. “If they can pull that off, it’s going to be a very hard environment for Democrats.”

In the run-up to Election Day, the major legislative campaign committees for each party, along with independent groups, poured record sums of money into races. For Democrats, the aim was to take electoral districting power away from Republicans, who after a red wave in 2010, drew gerrymandered maps that favored the party’s candidates.

The blue wave of 2018 left Democrats just a few seats away from a majority in a dozen chambers, including Arizona’s House and Senate; statehouses in Iowa, Michigan, Texas and Pennsylvania; and both the North Carolina House and Senate.

Democrats’ failure to flip any of their targeted chambers means that Republicans will have control next year of 20 state governments that will collectively draw 188 congressional districts, according to one analysis. In a bright spot for Democrats, the party is closing in on a supermajority in the New York Senate. That outcome would help give Democrats control of mapmaking in states with a total of 73 House districts.

(An additional 167 districts will be in states with divided governments or where independent commissions draw electoral maps.)

Republican mapmakers will seek to dilute the emerging Democratic strength in the nation’s suburbs by packing some of those voters into urban districts while joining others to conservative rural districts.

“The most important consequence of the elections is that Republicans prevented a decade of liberal gerrymandering and gave Republicans the chance to take back the House in 2022,” said David Abrams, deputy executive director of the Republican Legislative Leadership Committee, which raised money for state races.

Texas was Democrats’ biggest failure. After flipping a dozen seats in the Statehouse two years ago, the party was just nine seats shy of a majority.

Most of these districts were in the suburbs of Dallas and Houston. Yet Democrats failed in all but one of the nine races, although Biden carried many of the districts. With majorities in both legislative chambers and a Republican governor, Greg Abbott, Republicans will control the drawing of as many as 39 congressional seats next year, when Texas is projected to gain three House seats after the 2020 census, more than any other state.

“I think that there were voters out there who were disgusted with Donald Trump and saw Joe Biden as an alternative,” said state Rep. Chris Turner, chair of the Texas House Democratic Caucus. “They said, ‘You know what, I’m not a Democrat — maybe I’m an independent; maybe I’m a moderate Republican — I’m going to vote for Republicans down ballot.’ ”

Turner said Republicans successfully nationalized the races by accusing down-ballot Democrats of seeking to defund the police, favoring socialism and aiming to ban fossil fuels, even though none backed that agenda.

“I do think the Republican attacks, false as they were, made voters question whether we could be trusted in terms of public safety or the energy industry,” he said.

In Arizona, a state that Biden won by about 10,500 votes in the latest count, the president-elect became only the second Democratic presidential candidate to win the state since 1948, largely by carrying the demographically evolving Phoenix suburbs.

But Democrats hoping to gain majorities in the state Legislature — where they needed just three seats in the Senate and two in the House — came up short. Republicans retained control.

In the Phoenix suburb of Chandler, a Democrat won a Statehouse seat in 2018, in a district no Republican had ever lost.

This year, outside groups spent $1.3 million trying to unseat the Republican state senator from Chandler, J.D. Mesnard. Although Biden carried the district, Mesnard won by an even larger margin than two years ago.

“Those voters, it seems like they registered their protest at the top of the ticket and then reverted back to their typical voting behavior down ballot,” said Charlie Fisher, executive director of the Arizona Democratic Legislative Campaign Committee.

Although the state Democratic Party encouraged candidates to run on local issues, Republican messaging in Arizona, too, succeeded in tarring moderate Democrats with threatening public safety.

But Fisher disagreed that Democrats needed to back off progressive policies.

“I always reject this notion — it’s either we’re all in on progressive policies or on trying to persuade independents and moderates to join us,” he said. “That’s a false choice. What we need to do is both those things. The energy of our party is coming from the progressives. We absolutely need to grow those numbers. But in Arizona we still need to communicate with independent voters.”

Pennsylvania may have been the most frustrating state for Democrats down ballot.

Two years ago, its candidates flipped a net of five Senate seats and 11 in the House. All of the House pickups came in the Philadelphia suburbs, which were also the key to Biden’s victory this month.

But Republicans retained their majorities in both chambers. Skopov, the losing candidate in suburban Pittsburgh, was quick to tell voters while knocking on doors before the election: “I’m a fan of our police. I’m not looking to defund police.”

Still, she was hammered in mailings by Republicans who portrayed her as having an anti-law-enforcement position, which her campaign manager, Remmert, said did great damage.

Remmert cautioned that if Democrats hoped to cement their 2020 suburban gains in a presidential race in which Republicans put up someone less divisive than Trump, they would need to recalibrate their messaging.

“A lot of the suburban districts that you’re trying to flip, you can’t win by just turning out your base,” she said. “We could get every Democratic vote in those districts and you’re still not going to win. You have to be able to turn out independents and Republican voters for your message.”