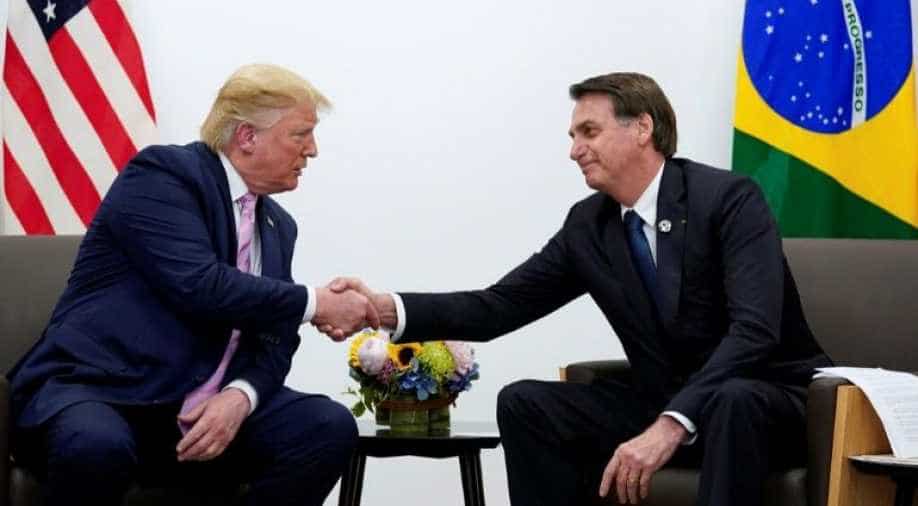 Bolsonaro has often lauded Trump, calling him a political role model and drawing parallels between their conservative agendas.

Brazil President Jair Bolsonaro on Thursday said he hopes Republican US President Donald Trump will be re-elected in November.

However,  he said the commercial relationship between the two countries is promising even if a Democrat wins.

Bolsonaro has often lauded Trump, calling him a political role model and drawing parallels between their conservative agendas.

The Brazilian right-wing leader has been critical of left-leaning leaders in Latin America and further afield. On Thursday, he criticised Argentina's turn to the left by saying that the country opted for a "lie" in an election that pitted former conservative president Mauricio Macri against leftist victor President Alberto Fernandez.

In his address, Bolsonaro also hit out at critics that the country's Amazon rainforest is under threat.

Coronavirus positive Bolsonaro slammed lockdown policies by saying that they kill "more than the virus". His statment comes Brazil as topped two million coronavirus cases on Thursday, according to official data that put the number of deaths at more than 76,000.

Brazil is the second worst affected country in the world by the coronavirus after the United States.