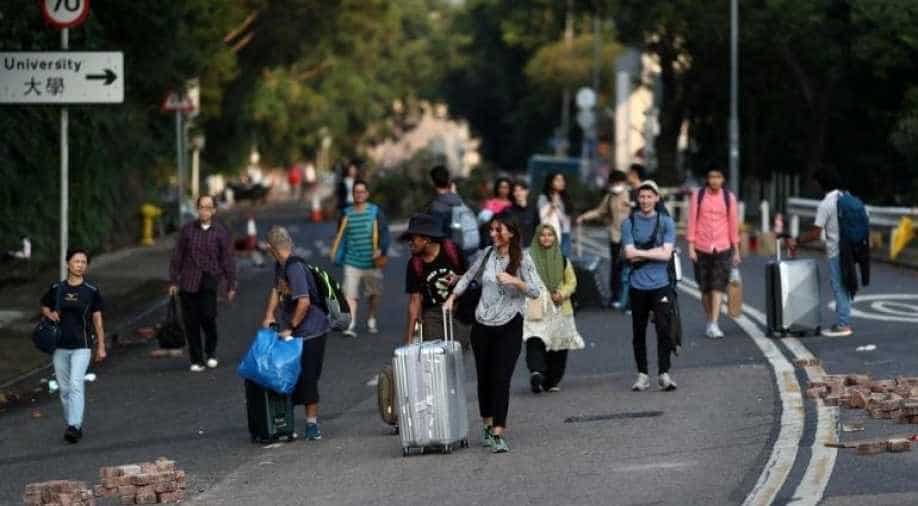 There was more than a 16% rise in applications from Hong Kong citizens in the first six months of 2020 compared to the corresponding period last year.

The number of Hong Kong citizens applying to study at Australian universities has hit a three-year-high midway through 2020, according to government data, amid fears a new security law is ushering in a more authoritarian era for China`s freest city.

The rise in higher education applications from Hong Kong citizens in the first six months of the year contrasts with otherwise steep falls in the number of overseas students applying to study in Australia during the coronavirus pandemic.

The data released late on Thursday captured Hong Kong citizens` applications in the lead-up to the implementation of new security law late on June 30 which have exacerbated concerns over freedoms in the financial hub.

There was more than a 16% rise in applications from Hong Kong citizens in the first six months of 2020 compared to the corresponding period last year.

Australia is the third most popular destination for overseas students after the United States and United Kingdom, according to the International Education Association of Australia.

Australian universities expect more students from Hong Kong will apply for study visas after the government earlier this month said Hong Kong students, graduates and workers on temporary visas will have the opportunity to stay and work for an extra five years and apply for permanent residency after that time.

Australia`s $37 billion (US $26.54 billion) education sector, the country`s second largest services export after tourism, has taken a massive economic hit from the pandemic with universities warning they might lose A$16 billion in revenue by 2023.

Much of that anticipated loss is due to declining enrolments from mainland Chinese students, which has fallen to the lowest levels recorded since 2012-13 in the first half of the year, government data shows.

Australia has also effectively closed its international borders, allowing only a very limited number of inbound passengers each day. Universities are seeking schemes to allow foreign students in via travel bubbles with other countries.