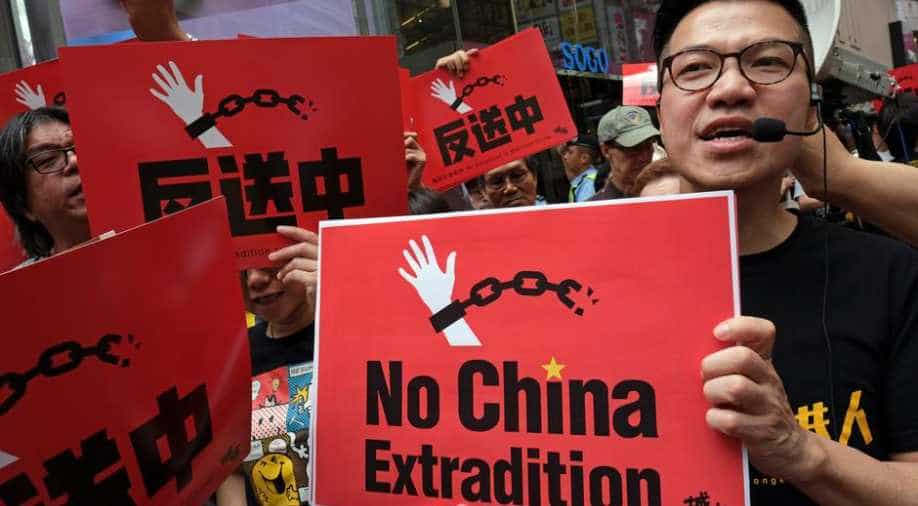 Hong Kong police fired water cannon and tear gas and arrested nearly 200 people on Wednesday as protesters took to the streets in defiance of a new security legislation introduced by China.

The new law will punish crimes of secession, subversion, terrorism and collusion with foreign forces with up to life in prison, will see mainland security agencies in Hong Kong for the first time and allow for extradition to the mainland for trial.

As thousands of protesters gathered downtown for an annual rally marking the anniversary of the former British colony’s handover to China in 1997, riot police used pepper spray and fired pellets as they made arrests after crowds spilled into the streets chanting “resist till the end” and “Hong Kong independence”.

Police fired water cannon to try to disperse the protesters and said they had made more than 180 arrests for illegal assembly and other offences, with some involving violations of the new law.

Police posted pictures on Twitter of an officer with a bleeding arm saying he was stabbed by “rioters holding sharp objects.” The suspects fled while bystanders offered no help, police said.

China’s parliament adopted the new law in response to protests last year triggered by fears that Beijing was stifling the city’s freedoms, guaranteed by a “one country, two systems” formula agreed when it returned to Chinese rule.

On July 1 last year, hundreds of protesters stormed and vandalised the city’s legislature to protest against a bill that would have allowed extraditions to mainland China. Those protests evolved into calls for greater democracy, paralysing parts of the city and paving the way for Beijing’s new law.

Earlier on Wednesday, police cited the law for the first time in confronting protesters.

The United States and its Asian and Western allies have criticised the legislation.

Some pro-Beijing officials and political commentators, to this end, say the law is aimed at sealing Hong Kong’s “second return” to the motherland after the first failed to bring residents to heel.