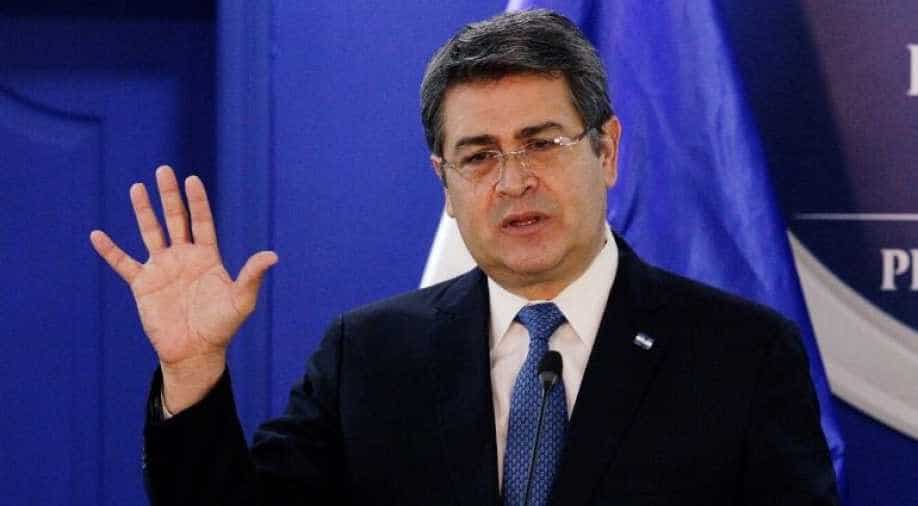 The prosecutor was speaking at the trial of an accused drug trafficker - Geovanny Fuentes who allegedly bribed the president with $25,000

A US prosecutor on Tuesday said that Honduran President Juan Orlando Hernandez helped smuggle a lot of cocaine into the US.

The prosecutor was speaking at the trial of an accused drug trafficker - Geovanny Fuentes who allegedly bribed the president with $25,000. According to prosecutor Jacob Gutwillig, this rendered Fuentes “untouchable”.

The prosecutor further said that the president was paid by Fuentes during meetings in 2013 and 2014, which made “the defendant bullet-proof”. Hernandez has continued to deny any links to drugs and bribery, and has been the President of Honduras since January 2014.

The meetings between both of them were attended by Jose Sanchez, and accountant, who was reportedly shocked to see the defendant sitting with the president. According to the prosecutor, the money was laundered through a rice-growing company where Sanchez worked.

According to reports, the president told Fuentes "that they'd transport so much cocaine into the US they'd shove the drugs up the noses of the gringos”.

The defence attempted to derail such claims even before the witnesses showed up. "Supposedly $25,000 is all it costs to bribe a president," said defence attorney Eylan Schulman.

In 2019, the president’s brother, Tony Hernandez was convicted of large-scale drug trafficking. Hernandez, on Monday tweeted that witnesses at the trial were going to give "false testimony" against him.