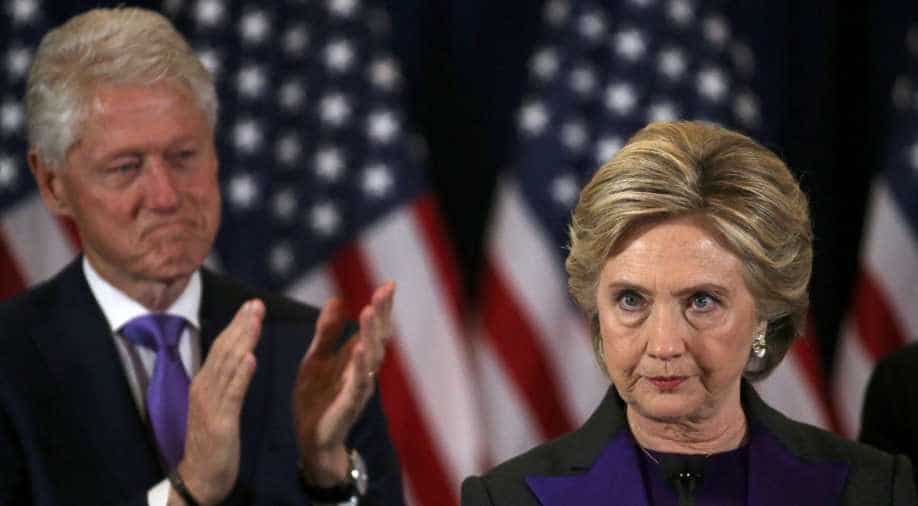 Comey's received flak for starting the probe against Clinton so close to elections, without knowing whether the new emails were relevant. ? Photograph:( Getty )

Hillary Clinton blamed FBI director James Comey for losing the US presidential elections, for re-opening the investigation of Clinton's emails.

According to local media, Clinton told fundraisers and donors that Comey's letters just days before the November 8 election tilted the favor towards Trump.

"There are lots of reasons why an election like this is not successful," AFP quoted the Democrat nominee saying.

"But our analysis is that Jim Comey's letter raising doubts that were groundless (and) baseless -- and proven to be -- stopped our momentum."

Comey, just two weeks before the election, in a letter to the Congress said the FBI was re-opening the investigation and another letter just three days of the election saying the FBI could not determine any wrongdoing on her part.

The probe reminded Americans about the controversy and raised doubts while strengthening Donald Trump's anti-Clinton position.

"After the third debate we felt so good about where we were," Clinton said. Trump, then was lagging behind Hillary, with allegations of sexual assault and racial rhetoric marring his campaign.

The campaign analysis "showed that we were up in all but two of the battleground states, where we were tied or one point behind. In Arizona we were even. We felt real wind at our back."

However, Comey's letter damaged the momentum so close to the election that it could not be "overcome."

The FBI director received a lot of flak for reopening the probe so close to elections and without knowing if the new emails were relevant.