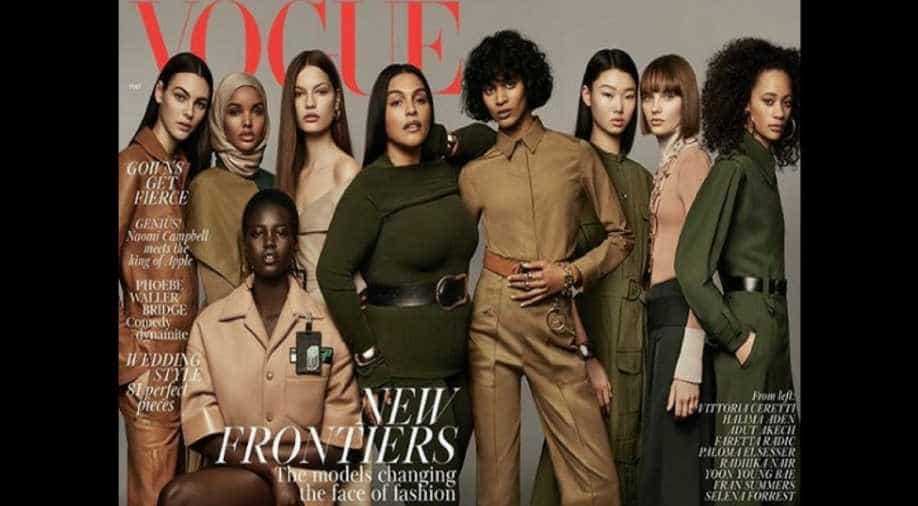 In a first, hijab-wearing model Halima Aden graced the cover of a popular magazine in its 102-year-old history.

Halima not only broke inclusion stereotypes by featuring on the cover of British Vogue that was founded in 1916 but also established a new space for different than ordinary beauty conventions. The 20-year-old is among nine chosen models on the cover of the magazine’s May issue that features these women as part of fashion’s ‘New Frontiers’.

In the edition, the magazine’s Editor-in-Chief Edward Enninful gave these models the opportunity to introduce themselves to the world of fashion. Explaining the reason behind this move, he wrote: "It is a moment for Vogue to do what it has always done best: to offer a bold vision of what the future can - and should - look like."