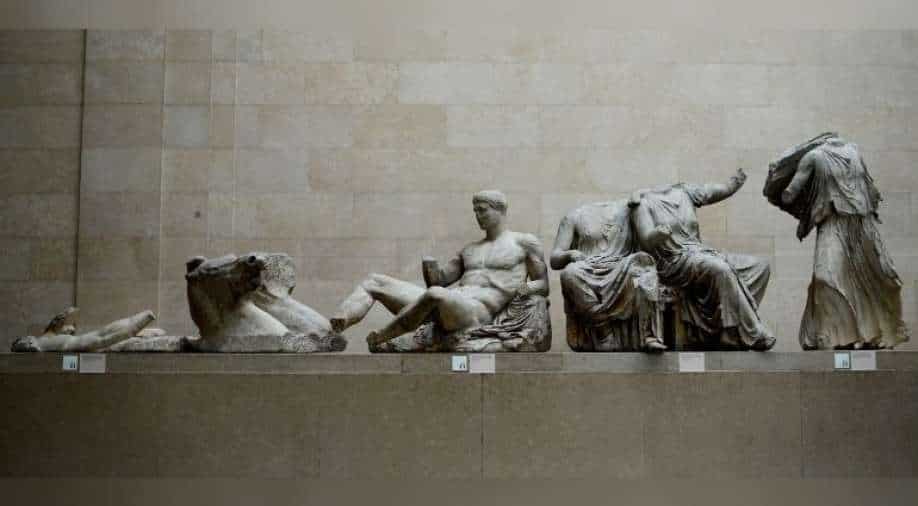 The Parthenon Marbles, a collection of stone objects, inscriptions and sculptures, also known as the Elgin Marbles, are displayed at the British Museum in London October 16, 2014 Photograph:( Reuters )

The 2,500-year-old sculptures have been at the forefront of Greece’s demands

The 2,500-year-old sculptures have been at the forefront of Greece’s demands. Greece gained independence in 1832, and has been asking for the return of marbles, known as the Elgin Marbles in UK.

The marbles are named after Lord Elgin, a diplomat who removed the marbles for the Parthenon temple in Athens in the earlier part of 19th century. Back then, Greece was under Ottoman rule.

The sculptures are roughly half of a 160-metre frieze which was part of the monument, and are currently kept at the British Museum in London. Boris Johnson told Ta New newspaper that the marbles were acquired by Elgin as part of a legal contract with the Ottoman Empire, and that the marbles constitute part of everybody’s “shared heritage”.

Johnson, a former student of the Classics has on multiple occasions quoted Latin and Greek.  While saying that Britain remains the legitimate holder of marbles, Johnson said he understood how Greeks felt about the stones, but claimed that Britain had a “firm and long-standing” position about the marbles.

"They were acquired legally by Lord Elgin, in line with the laws that were in force at that time," Johnson said.

Since taking power in 2019, a conservative government in Greece has increased the pressure to fetch back the marbles. The campaign has put on a more fierce outlook after exiting the European Union.

Lina Mendoni, the Culture Minister of Greece referred to Elgin as a “serial thief” last year, and alleged that the marbles were acquired through illegal means.