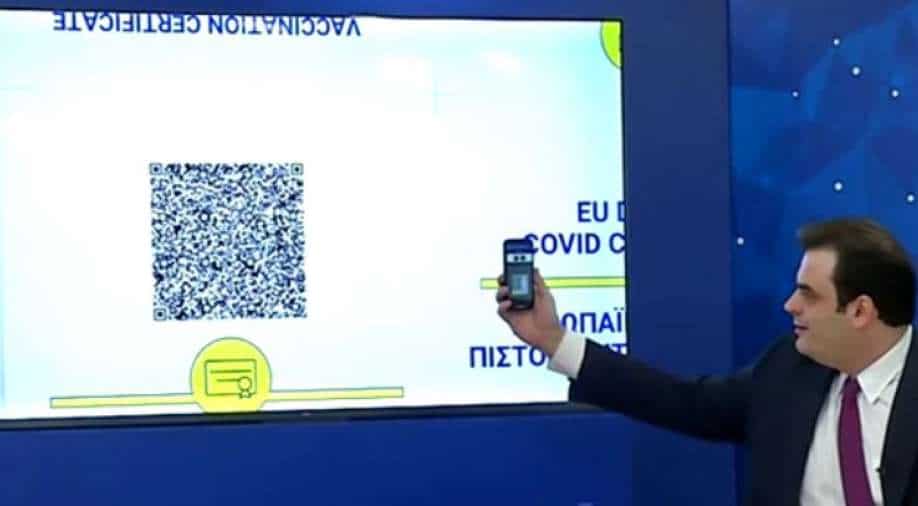 As Europe begins to reopen its borders for tourists, the Greek government on Friday unveiled a digital health certificate as the country seeks to welcome tourists after over a year of pandemic downturn.

Prime Minister Kyriakos Mitsotakis announced that the new certificate will be open to all EU citizens from July 1.

The certificate was approved by the European Parliament and EU members which contains a QR code indicating the person has been vaccinated and tested negative for the virus.

"The code for the verification application has been provided to us by the EU and we have customized for every member state so we have the Greek application," digital governance minister Pierrakakis said.

"By pressing the QR scanner, and this is not a classical QR, this is a cryptographic QR you can only read it with the application," the digital governance minister added.

Several European countries including France and Spain are set to test the system.

Greece had lifted quarantine rules for non-EU visitors who have been vaccinated or test negative for coronavirus on May 14 as it prepared to boost its economy even as authorities promised to vaccinate all citizens by end July in order to ensure safety for tourists.

"The EU digital Covid certificate is nothing more than a fast travel aid. It will make travel much easier, especially during the summer, particularly, again, let me repeat how important this is for us," PM Mitsotakis said.

Greece was hit badly due to the virus with its tourist sector which contributes greatly to its GDP being hit with just 4 billion euros in revenues in 2020 down from 18 billion euros in 2019.