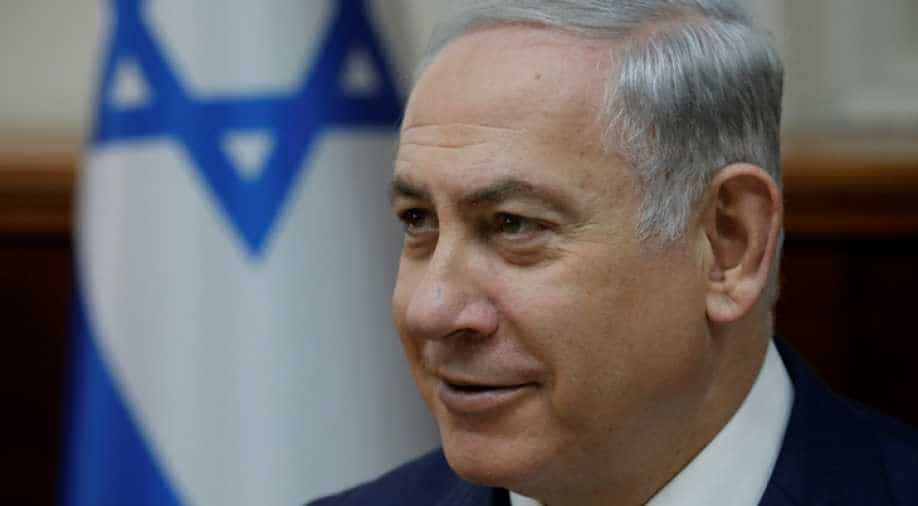 On Thursday, 128 countries rebuked Trump by backing a non-binding UN General Assembly resolution calling on the United States to drop its recognition of Jerusalem. Photograph:( Reuters )

Israeli Prime Minister Benjamin Netanyahu thanked Guatemala with a "God bless you" on Monday for deciding to move its embassy to Jerusalem, while the Palestinians said the Central American country was "on the wrong side of history".

In an official Facebook post on Sunday, Guatemalan President Jimmy Morales said he had chosen to relocate the embassy from Tel Aviv - siding with the United States in a dispute over Jerusalem's status - after talking to Netanyahu.

US President Donald Trump recognised Jerusalem as the capital of Israel on Dec. 6, reversing decades of U.S. policy and upsetting the Arab world and Western allies.

On Thursday, 128 countries rebuked Trump by backing a non-binding UN General Assembly resolution calling on the United States to drop its recognition of Jerusalem.

"God bless you, my friend, President Jimmy Morales, God bless both our countries, Israel and Guatemala," Netanyahu said, switching to English, in remarks to a weekly meeting of his Likud party faction in parliament.

Guatemala and neighbouring Honduras were two of only a handful of countries to join Israel and the United States, which has pledged to move its embassy to Jerusalem, in voting against the U.N. resolution.

The United States is an important source of assistance to Guatemala and Honduras, and Trump had threatened to cut off financial aid to countries that supported the U.N. resolution.

The status of Jerusalem is one of the thorniest obstacles to an Israeli-Palestinian peace deal. Palestinians want East Jerusalem as the capital of a state they want to establish in the occupied West Bank and in the Gaza Strip.

The international community does not recognise Israeli sovereignty over the entire city, home to sites holy to the Muslim, Jewish and Christian religions.

The official Palestinian news agency WAFA quoted Foreign Minister Riyad Al-Maliki as saying that Morales was "dragging his country to the wrong side of history by committing a flagrant violation of international law".

Prior to 1980, Guatemala - along with Bolivia, Chile, Colombia, Costa Rica, the Dominican Republic, Ecuador, El Salvador, Haiti, The Netherlands, Panama, Venezuela and Uruguay - maintained an embassy in Jerusalem.

Israel's passage in June 1980 of a law proclaiming Jerusalem its "indivisible and eternal capital" led to a UN Security Council resolution calling upon those countries to move their embassies to Tel Aviv, prompting their transfer.

Israel's ambassador to Guatemala, Matty Cohen, said on Army Radio that no date had been set for the embassy move, "but it will happen after" the United States relocates its own embassy to Jerusalem. US officials have said that move could take at least two years.