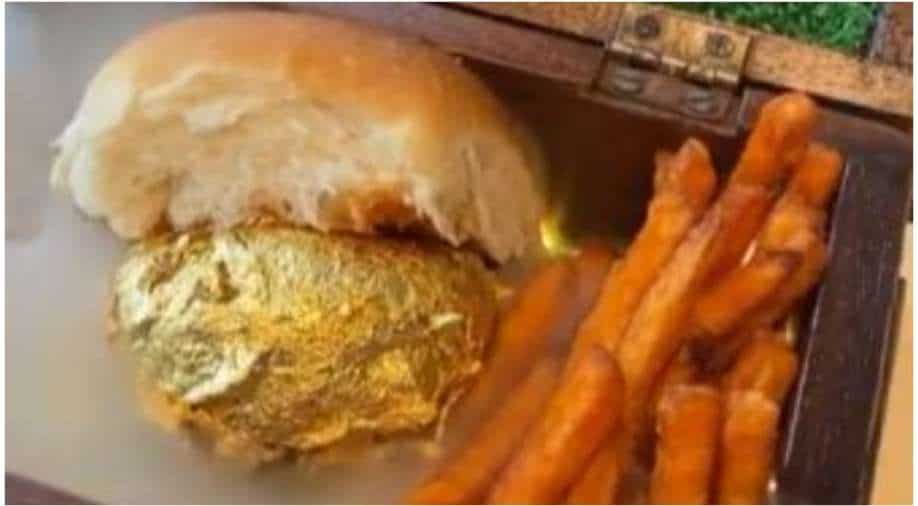 Saviour the street food of Mumbai in a royal way!

Vada Pav is a popular street snack in the streets of Maharashtra, especially in Mumbai. To reduce it to call an 'Indian burger' would be an affront to the unique taste that comes with any number of ways to prepare it. The king of Mumbai streets has now got a golden crown. An eatery in Dubai is selling a perfectly edible Vada Pav glazed with 22 Karat gold.

What's more? The Vada (potato patty) in the Vada Pav is filled with truffle butter and cheese.

If you are willing to shell out around Rs 2000 (about 30 USD), you can't savour this interesting take on the popular street food.

To make the Vada Pav, truffle butter and cheese is filled in the ball of mashed potatoes. It is then dipped in batter and fried in oil. The eatery hasn't been specific in the video as to how exactly the Vada is glazed with gold.

But after all the preparation, the gold Vada Pav is served in a fancy wooden box alongside Sweet Potato fries and lemonade. Check out the video.

The video has garnered many views and has left viewers wanting for more.