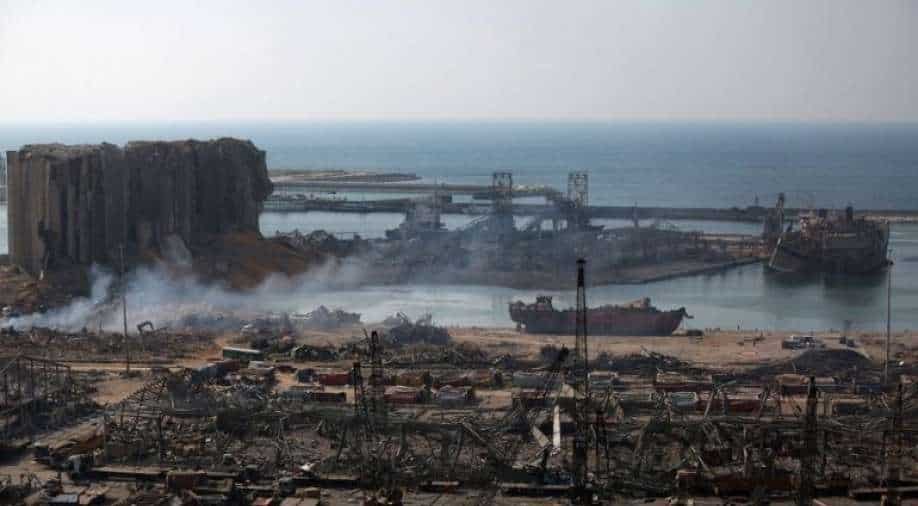 On Twitter, Andreas Kindl said the heavy lift transport company Combi Lift 'has treated 52 containers of hazardous and dangerous chemical material that had been accumulated over decades and were a threat to the people in Beirut'

Months after a monster port blast, a German firm has treated 52 containers of hazardous material at Beirut port and will ship them out of Lebanon, the German ambassador said on Saturday.

On Twitter, Andreas Kindl said the heavy lift transport company Combi Lift 'has treated 52 containers of hazardous and dangerous chemical material that had been accumulated over decades and were a threat to the people in Beirut'.

They stand ready to be shipped to Germany, he added.

The August 4 explosion of a stockpile of ammonium nitrate fertiliser that had been left to languish haphazardly at the Beirut port for years killed more than 200 people, wounded at least 6,500 others and ravaged swaths of the capital.

In November, Lebanon signed a contract with Combi Lift, which was already working at the port, to clear containers carrying hazardous chemicals.

The containers, which include corrosive acids, had been stored in an open-air cargo zone for over a decade under the supervision of Lebanon’s customs authority, officials said at the time.

If they catch fire 'Beirut will be wiped out', interim port chief Bassem al-Kaisi said in November.

Kindl on Saturday published pictures on Twitter showing fraying containers at the port and what appears to be chemicals leaking from some of them.

Lebanese authorities have said Combi Lift will ship the chemicals in special containers as part of a $3.6 million deal, with the port authority reportedly to pay $2 million of that.

Lebanon's army and port authority have said they do not have the expertise to handle such a process.

Lebanon has launched an investigation into the August blast amid public anger against a political class widely blamed for the tragedy.

At least 25 people have been arrested, including the port chief and the head of the customs authority, but no politician has been held to account.