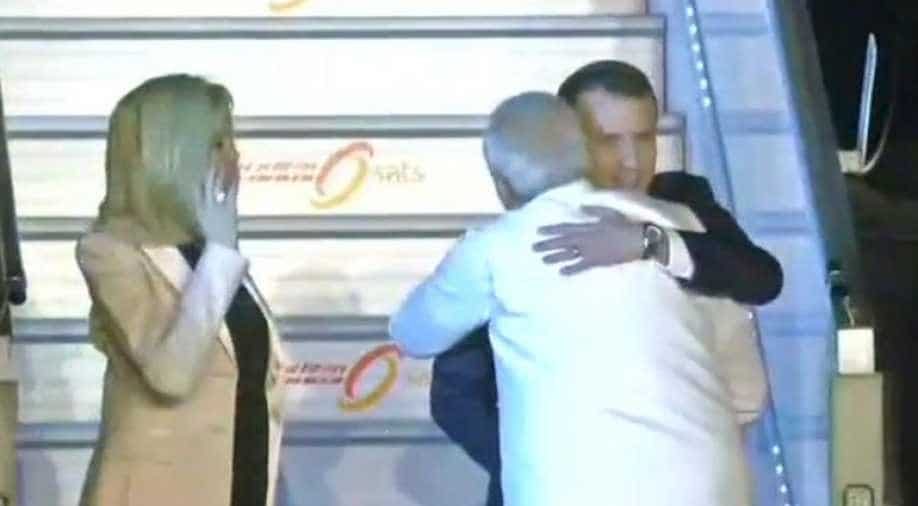 He was received by Prime Minister Narendra Modi as soon as he touched down at the Delhi airport. The two had a brief interaction before the French president was whisked away in a waiting car.

The French President, who is travelling with his wife Brigitte and delegation of businessmen and ministry officials, will tour India from March 9 to March 12.

Macron will also hold bilateral talks with Prime Minister Narendra Modi on Saturday in order to enhance and cooperate in the defence, maritime, security and energy-related sectors.

Ministry of External Affairs earlier said in a statement that "the visit of President Macron is aimed at strengthening the bilateral economic, political and strategic dimension of our engagement".

He is also expected to make a visit to Taj Mahal and on Monday will head to Varanasi where he will be accompanied by PM Modi.

Macron last visited India in 2016 when he was invited to be the chief guest of Republic Day celebrations.