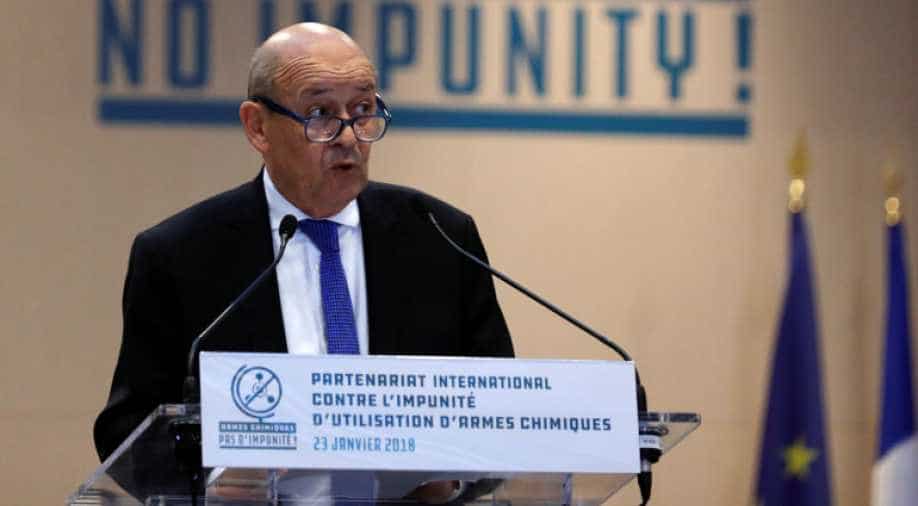 Iran announced earlier this month that it will stop respecting some limits on its nuclear activities imposed under the landmark 2015 deal.

French Foreign Minister Jean-Yves Le Drian has described Tehran's threat to resume nuclear work -- in what would be a contravention of its commitments under the 2015 Iran nuclear deal -- as a "bad reaction", calling on Tehran to show "political maturity".

"Iran has had a bad reaction, faced with a bad US decision to withdraw from the Vienna agreements and impose sanctions," Le Drian said in an interview published online by Le Parisien, referring to the 2015 deal signed in Vienna.

"It is a pity that the United States is not honouring its commitments, Iran must show its political maturity," Le Drian added.

Iran announced earlier this month that it will stop respecting some limits on its nuclear activities imposed under the landmark 2015 deal.

The announcement came exactly a year after the US withdrew from the deal, known as the Joint Comprehensive Plan of Action (JCPOA), with further measures threatened if the agreement's other signatories fail to mitigate the impact of renewed American sanctions within 60 days.

Le Drian also warned against a "bellicose spiral", stressing the "responsibility" of the Americans and the importance of dialogue with Tehran.