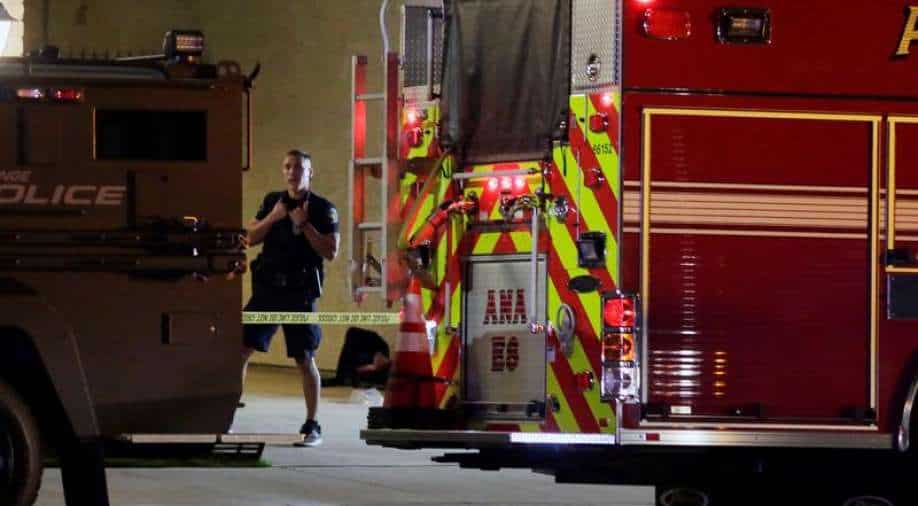 The violence marked the third deadly mass shooting in the United States over the past two weeks.

Four people, including a child, were killed in a shooting at a business complex in Orange, California, on Wednesday evening.

The Los Angeles City News Service (CNS) and television station KNBC-TV reported that in addition to the four dead, two people were wounded by gunfire.

KNBC-TV reported the shooting erupted at a business complex in Orange, a city about 30 miles southeast of downtown Los Angeles. The television station and CNS reported that the dead included a child. Various news outlets also reported that the shooter was among those injured.

The Orange Police Department said its officers arrived at about 5:30 p.m. local time at the spot as shots were being fired and located multiple victims at the scene including fatalities.

The police statement said an "officer-involved shooting" had occurred and that the situation had since been "stabilised" with no further threat to the public.

California governor Gavin Newsom posted on Twitter: "Horrifying and heartbreaking. Our hearts are with the families impacted by this terrible tragedy tonight."

"I'm deeply saddened by reports of a mass shooting in Orange County, and I'm continuing to keep victims and their loved ones in my thoughts as we continue to learn more," US Representative Katie Porter from California also tweeted.

The violence marked the third deadly mass shooting in the United States over the past two weeks.

Eight people were shot to death by a gunman who went on a rampage at three day spas in the Atlanta area on March 16. And 10 people were killed on March 22 when a man opened fire at a supermarket in Boulder, Colorado. The lone suspects in both those shootings were arrested.