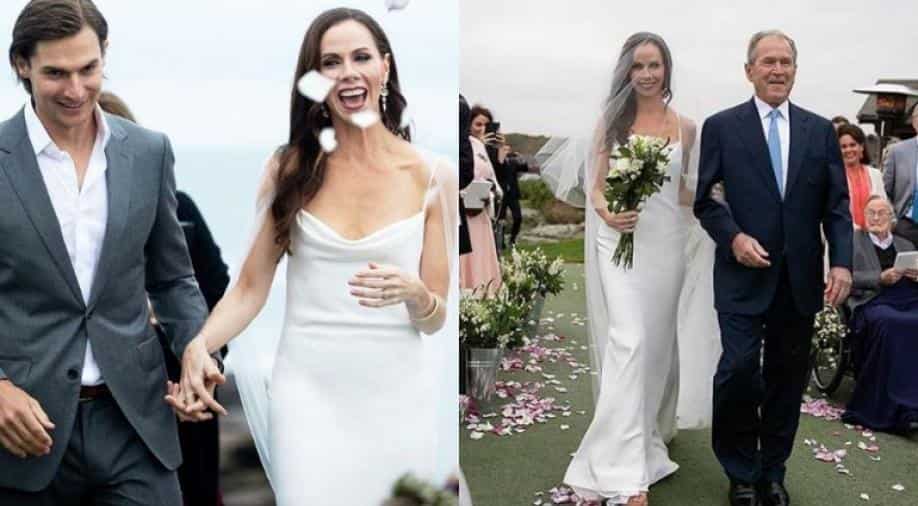 Her twin sister, Jenna Bush Hager, told NBC's "Today" show on Monday Barbara wore something 'borrowed' - a bracelet her grandfather had given to his wife on their 70th wedding anniversary. Her namesake and grandmother, former first lady Barbara Bush, died at age 92 in April.

The bride is the co-founder of pa ublic health nonprofit Global Health Corps.

The couple will live in New York.