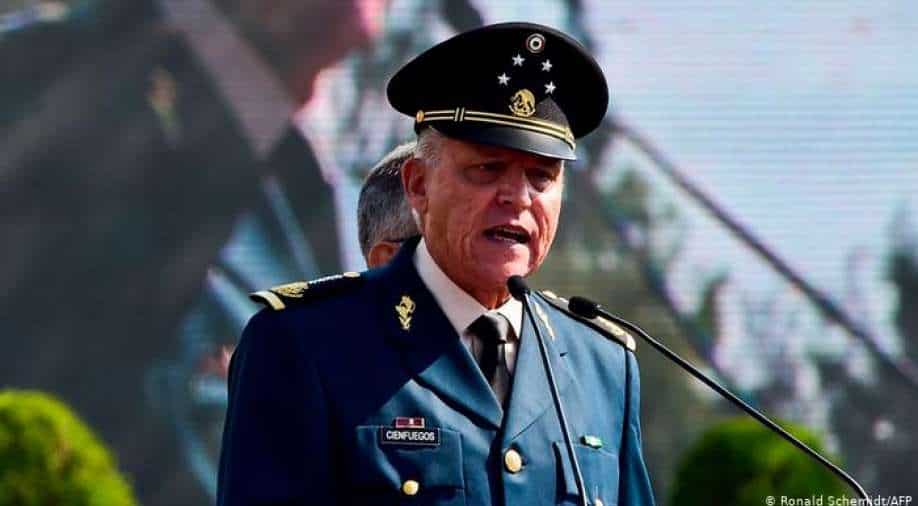 Salvador Cienfuegos is accused of conspiring to produce and distribute "thousands of kilograms" of cocaine, heroin, methamphetamine and marijuana in the US between December 2015 and February 2017.

A Mexican former defense minister has pleaded not guilty to US charges of drug trafficking and money laundering while he was a key figure in President Enrique Pena Nieto's 2012-2018 administration.

Salvador Cienfuegos, a 72-year-old retired general nicknamed "The Godfather," is accused of conspiring to produce and distribute "thousands of kilograms" of cocaine, heroin, methamphetamine and marijuana in the US between December 2015 and February 2017, according to documents released by federal prosecutors in New York.

He faces three counts of drug trafficking and one of money laundering -- charges punishable with a minimum of 10 years prison and a maximum of life behind bars.

Thursday's arraignment before Judge Steven Gold was held by teleconference due to the coronavirus pandemic.

Cienfuegos "entered a plea of not guilty to charges in the indictment," the district attorney's office said in a statement.

The retired general's next court date is set for November 18. "For now, that proceeding is scheduled to be in-person," the statement read.

According to the indictment, Cienfuegos allegedly abused his position "to help the H-2 Cartel, an extremely violent Mexican drug trafficking organization."

In exchange for bribes he allegedly allowed the H-2 Cartel "to operate with impunity in Mexico."

The indictment was filed by the New York City District Attorney's Office in August 2019, but was only released on October 16 -- the day Cienfuegos was arrested as he landed in the Los Angeles airport.

The charges against the Mexican former official appear to have come from witnesses in the US trial of drug lord Joaquin "El Chapo" Guzman, who was sentenced in New York to life in prison in July 2019.