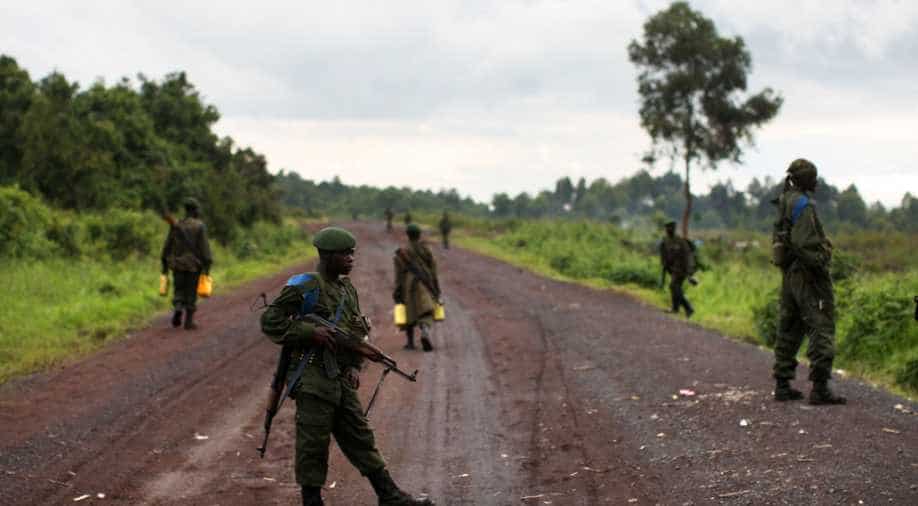 Reading out their findings at the world's only permanent war crimes court, based in The Hague, judge Steiner said Bemba had done "more than tolerate the crimes as a commander" Photograph:( Getty )

Follow Us
Judges at the International Criminal Court on Tuesday sentenced former Congolese vice-president Jean-Pierre Bemba to 18 years in jail for a series of brutal rapes and murders in Central African Republic (CAR) over a decade ago.

In justifying the stiff ruling, she said the former militia leader had failed to exercise control over his private army sent into CAR in late October 2002 where they carried out a series of "sadistic" rapes, murders and pillaging of "particular cruelty."

Bemba is the highest-level official to be sentenced by the ICC after being convicted in March on five charges of war crimes and crimes against humanity. And he is the only the third person to be sentenced at the ICC since it began work in 2002.

The atrocities were carried out by Bemba's private army, the Congolese Liberation Movement (MLC), when he sent them into neighbouring CAR in late October 2002 to put down a coup against then president Ange-Felix Patasse.

The 1,500 troops unleashed a five-month campaign of terror, during which the judges said "entire families were victimised" and which was aimed at squashing any resistance to Patasse’s rule.

Prosecutors had called for a sentence of at least 25 years imprisonment at the end of Bemba's lengthy trial which opened in November 2010.

The case however is likely to drag on for a few more years, as his defence team has already filed notice that it intends to appeal the conviction, and argued that Bemba should be released immediately as he has been behind bars since his arrest in 2008.

But the three-judge bench said it had "not found any mitigating circumstances" to allow a reduction in sentence.

Reading out their findings at the world's only permanent war crimes court, based in The Hague, judge Steiner said Bemba had done "more than tolerate the crimes as a commander".

"Mr Bemba's failure to take action was deliberately aimed at encouraging the attacks directed against the civilian population," she said.Bemba, a rich businessman who became one of the vice presidents of the Democratic Republic of Congo, was arrested in Brussels in 2008 after losing a bid for his country's presidency.

His case was the first at the ICC to focus on rape as a weapon of war and the first to highlight a military commander's responsibility for the conduct of the troops under his control.

In a swift reaction, Human Rights Watch said in a statement on Twitter that it welcomed the sentence saying it "offers a measure of justice for victims of sexual violence" and serves as a warning to "other commanders that they too can be held accountable for rapes and other serious abuses committed by troops under their control."

But his defence has argued that "the whole trial process was flawed and unfair and that Mr Bemba`s rights as an accused were violated throughout," his lawyer Peter Haynes said in a filing late Monday to the court.

"No reasonable trial chamber could have convicted him of the charges he faced," Haynes argued.

He said Bemba was "convicted of a case in which in material respects he was ignorant" and that the former leader of the Democratic Republic of Congo was "not liable as a superior for the actions of the MLC" in CAR.

In different cases, the ICC has previously sentenced two other Congolese warlords to 14 and 12 years respectively.