For some in England, end of virus rules threatens more isolation 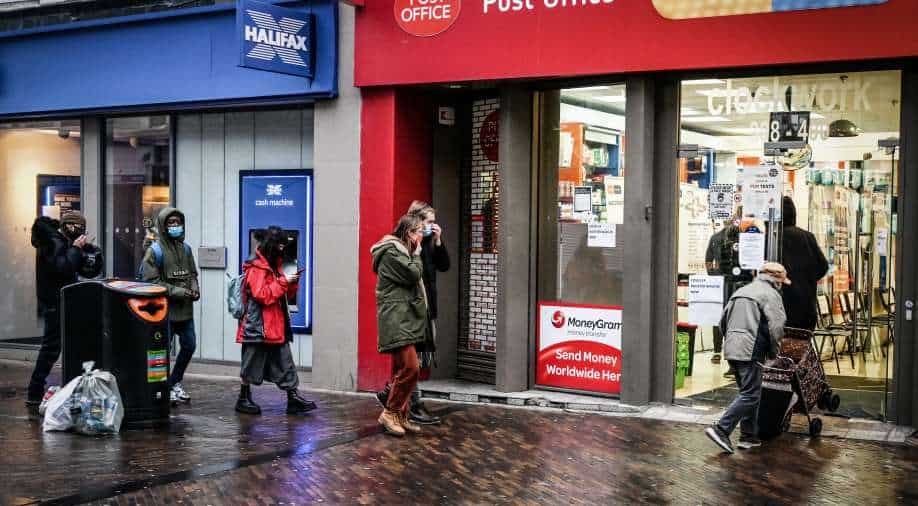 After Prime Minister Boris Johnson announced Monday that he was scrapping the coronavirus restrictions in England, many vulnerable people are afraid that even scaled-back activities will be too risky, leaving them further isolated even as the country opens up for most people

The coronavirus forced Christopher Riley, a 53-year-old with blood cancer who lives in London, to strike a balance in the pursuit of normalcy. He would grab flowers from the buckets next to the entrance of a supermarket, but keep it quick. He went to Tate Modern, but on an early weekday morning. He would cook for friends, but only a small group who had all taken COVID tests.

Those accommodations allowed Riley to maintain something of a normal life as the virus roared through Britain, even though his condition meant that his immune system was compromised.

But now, after Prime Minister Boris Johnson announced Monday that he was scrapping the coronavirus restrictions in England, Riley and other vulnerable people are afraid that even scaled-back activities will be too risky, leaving them further isolated even as the country opens up for most people.

“Now I can’t see how we can move forward into a sort of normality,” he said, adding that the new approach will push him more into his house. “There is nothing there to protect us.”

A return to regular life was at the heart of Johnson’s decision to roll back the remainder of England’s legally enforceable coronavirus restrictions, in what has been described as an effort to live with the virus. People who are infected will no longer have to isolate, and most testing will no longer be free.

“We must chart a course back towards normality as rapidly as possible,” Johnson said during a news conference Monday.

For Clare Dawson, that path had just been interrupted.

“If there was someone walking around the streets whom you knew might kill you, would you go out?” said Dawson, 41, who lives in London and has a chronic lung disease that puts her at greater risk of severe consequences from COVID-19.

Gemma Peters, CEO of Blood Cancer U.K., a charity that funds research into blood cancer, said that after the prime minister’s announcement, its hotline was overwhelmed with calls from cancer patients asking what the new rules meant for them and whether it would be safe for them to go out.

“We can’t answer all the calls,” Peters said. “People use language like, ‘Society doesn’t care if I die,’ and I think that is the feeling — that they are kind of collateral damage.”

The British government said in a news conference that it would continue to protect the most vulnerable with targeted vaccinations and treatments and that free tests would still be available for vulnerable people, but it acknowledged that lifting the remaining legal curbs would most likely cause a rise in cases.

“Keeping free testing for the vulnerable? That’s too late,” said Trishna Bharadia, 42, who has multiple sclerosis and has been largely isolating at home in Buckinghamshire, England, for the past two years. “The aim should be to prevent the vulnerable from getting COVID in the first place.”

Bharadia said she and her family watched Johnson’s news conference Monday in the living room from where they have watched virtual weddings, funerals and birthday parties they have not been able to attend for the past two years.

“We can only live with the virus if those protection measures continue,” said Bharadia. “Just because I have a health condition, it doesn’t mean that I matter less.”

Still, the trend for fewer restrictions seems clear. On Tuesday, Scotland — which is part of Britain but sets its own COVID policies — also moved to roll back its legal coronavirus restrictions. Nicola Sturgeon, the first minister there, announced plans to lift mask mandates in March and said the country’s COVID certification scheme, which requires people to show proof of vaccination or a recent negative test in order to attend large events, would end this month.

And the British government has also withdrawn its guidance in England for staff and students at most schools and nurseries to test twice a week, even if they do not have symptoms. Infected children, just like the adults, will also no longer be legally required to self-isolate, but will be advised to do so.

Experts warned that this could lead children who have a weak immune system or live with vulnerable family members to be excluded from school.

Ceinwen Giles, 47, who developed an immune deficiency after her cancer treatment for non-Hodgkin’s lymphoma, said that her 12-year-old daughter would continue to go to school but is anxious about the likelihood that she may be sitting next to children who might be infected.

“This is how we have to live,” said Giles, who is also joint CEO of Shine Cancer Support, a charity for young adults with cancer. “And no one seems to care.”

In England and Wales, only 16.8% of people who died of COVID from October to December last year did not have a preexisting health condition, according to the British government. For people who have a weaker immune system because of a disease or a treatment, COVID-19 can be more deadly, and vaccines often offer less protection.

Whether or not their condition forced them to take health precautions even before the pandemic, in the last two years many clinically vulnerable people have been forced into nearly total isolation, and even more so as mandates and restrictions have dropped around them. In the United States, many immunocompromised and higher-risk people have also felt left behind by the flurry of lifted restrictions.

“You feel different again,” said Dawson, adding that the new approach from the government had made her feel more alone in the face of the virus and forced to adopt her own precautions, stripped of the equalizing effect of rules.

Ultimately, people with health conditions understand the desire for life to return to normal and say they are not asking for draconian restrictions.

Instead, they say that modest restrictions — like mask mandates in transportation and supermarkets, and isolation requirements for infected people — would make a big difference for the more vulnerable without causing a major disruption to everyone else.

“The mask is just such a small thing,” said Riley, 53. “I can’t wrap my head around how it’s such an issue for people.”