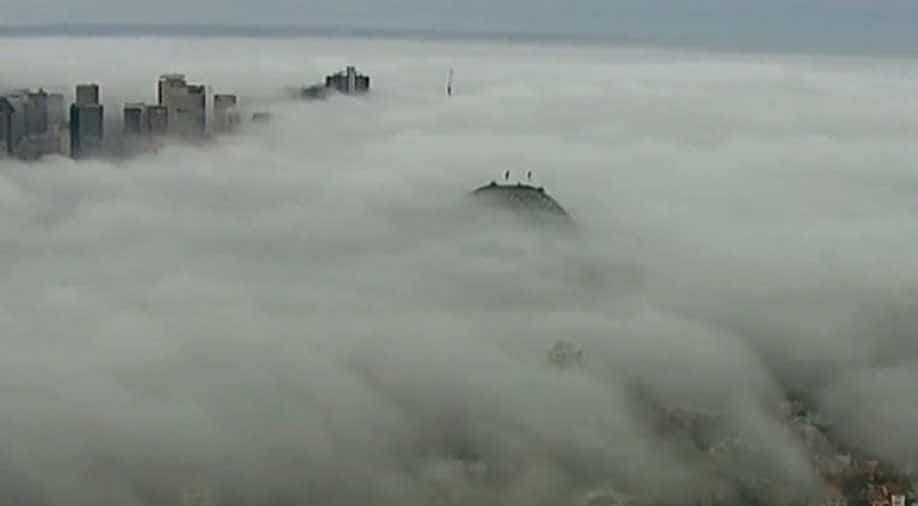 Ships had to use their foghorns for safety as they navigated out of the busy Sydney Harbour waterway to the open ocean.

A small number of flights in and out of Sydney were delayed, rerouted or cancelled, with affected airlines including Qantas and Virgin Australia.

International airline passengers were delayed by half an hour while domestic passengers endured waits of up to two hours.

Qantas and Virgin told Reuters they had cancelled fewer than six flights each and by 12.20 pm services were back to normal.

Sydney`s most iconic structures, the Opera House and the Harbour Bridge, gradually disappeared from sight, creating a spectacle for amateur photographers who posted their pictures on social media.

The fog lifted by midday and regular services resumed.