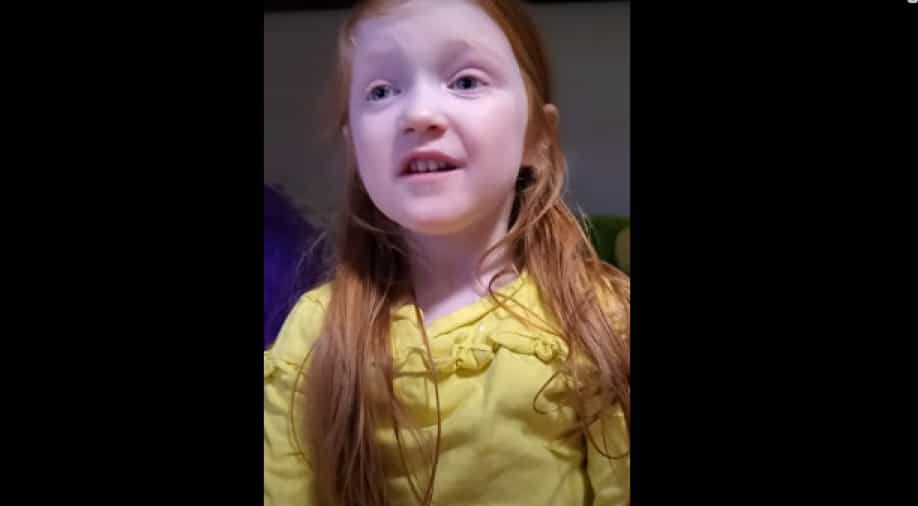 A five-year-old girl's heartwarming video in which she has urged people to stay at their homes and wash hands has gone viral and earned the praise of Canadian PM Justin Trudeau.

"I’m sorry if you can’t go to your play dates," Nova Knight from Alaska, United States, said in the video.

Nova, who lives with her parents Roba and Rebecca Knight and two-year-old brother, has shared some advice for people to wash hands, which includes watching this video as a reminder of what to do to stay safe from the virus.

"I’m really, really serious, so you should do this video every single day," Nova said.

Nova's mother said that the two-year-old decided to make the video after her aunt sent her video in which Trudeau thanked children in Canada for not going on their play dates and for doing their bit to contain the spread of the virus.

"And then she actually asked me, 'Will you put me on Facebook Live? I have something I want to say,'" the mother said.

"I was like, well, you’re not wearing pants so I'm not going to put you on Facebook Live but I will tape a video."