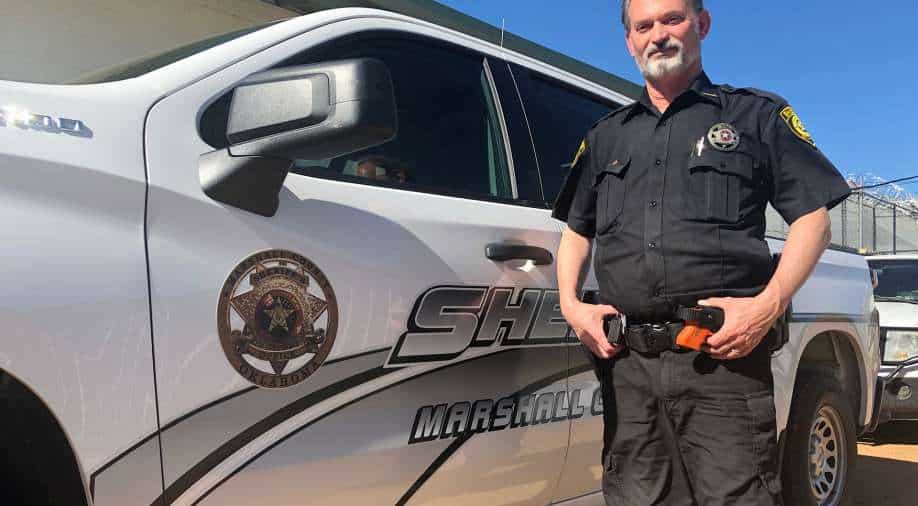 The shooting came after the police had responded to a call for an armed robbery at the Okie Gas Express on Nov. 23. Before officers arrived, the clerk had fled the store and locked the teenager, Stavian Rodriguez, inside, according to the police.

Five Oklahoma City police officers were charged with first-degree manslaughter Wednesday after they shot and killed a 15-year-old boy who had dropped his gun on the ground, officials said.

The shooting came after the police had responded to a call for an armed robbery at the Okie Gas Express on Nov. 23. Before officers arrived, the clerk had fled the store and locked the teenager, Stavian Rodriguez, inside, according to the police.

A medical examiner’s report showed that Rodriguez had been shot 13 times in the head, the chest and other parts of his body.

The five officers who fired lethal rounds and were charged in the death are Bethany Sears, Jared Barton, Corey Adams, John Skuta and Brad Pemberton. First-degree manslaughter carries a penalty of four years to life in prison, prosecutors said. Carli, who fired the “less lethal” round, was not charged, the police said.

Cameo Holland, Rodriguez’s mother, said Wednesday that the officers should go to prison for killing her son.

“The first thing that comes to mind is ‘Praise God,’ and I’m hopeful that they will be convicted,” she said. “The surprise is that the district attorney is willing to do the right thing and to charge all of them.”

Holland said there was no justification for the police to have shot her son. “I don’t defend what he did at the store or even him being there,” she said, “but nobody should expect to be killed for committing a crime — not robbery.”

She said the officers would now go through the criminal legal process, “something they denied my son the opportunity to do.”

It was not immediately clear if the officers who were charged had lawyers. All five have been placed on paid administrative leave, according to the Oklahoma City Police Department.

John George, the president of the Oklahoma City Fraternal Order of Police Lodge 123, which represents the city’s officers, said all five who had been charged had “acted within the law.”

“Officers must make life and death decisions in a split second, relying on their training,” George said. “When an armed robbery suspect did not obey police commands, five officers perceived the same threat and simultaneously fired their weapons. A loss of life is always a tragedy, and we know these officers did not take firing their weapons lightly.”

Wyatt Cheatham, 17, who police say helped Rodriguez rob the gas station but was not there when he was shot, was charged in December with first-degree murder for taking part in a crime that led to Rodriguez’s death, court records show.

The charges against the officers came on the same day that the police released body-camera footage from the shooting that showed multiple officers surrounding the gas station with their guns drawn.

After Rodriguez crawled out of the drive-through window, officers yelled, “Hands!” “Get down!” “Face down on the ground” and “Drop it!” before opening fire, the videos show.

Last month, prosecutors charged another Oklahoma City police officer, Sgt. Clifford Holman, with manslaughter after he shot a Black man, Bennie Edwards, 60, three times in the back as he ran away in December.

Edwards had struggled with mental illness, and the shooting by Holman, who is white, was partly captured on video and touched off protests in the city.

Eddy called the criminal charges against the officers “a step toward justice.”

“The Oklahoma City Police Department has been perpetuating the murder of innocent and unarmed people for decades,” he said. “Of the many forms of justice Stavian and his family deserve, we hope to see an end to this senseless violence and tragedy in our community.”

Holland said her son had always been respectful to her and had loved animals and people.

“I love my son, and there was a lot more to his life than the last hour of that incident that happened at that store,” she said. “I’m proud of my son, and I’m not going to stop what I’m going to do until I get what is fair for my child, as fair as fair can be at this point.”